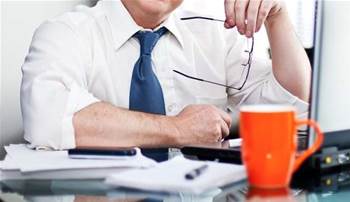 State government 'should lead by example'.

The Victorian Parliament’s rural and regional committee has called on the government to set public service teleworking quotas that would see the economic reach of its operations spread into the regions.

The joint committee has been investigating the potential economic benefits of telework for several months, through 25 submission, 11 public hearings and a study tour spanning several US cities.

Committee president and National Party MP Paul Weller said it was up to the government to “send a strong signal to the rest of the economy about what is possible”.

“One relatively simple way the Victorian Government can do this is to actively encourage telecommuting across all departments," he said.

"Advances in technology mean that more public servants should be working remotely away from central offices, both increasing their productivity and taking pressure off crowded roads and public transport systems."

The federal government has set a precedent for targeted rates of telework, aiming to have at least 12 percent of Australian workers setting a formal telecommuting agreement with their employers by 2020.

One of its measures in pursuit of this goal has been to trial telecommuting using high-speed broadband in seven departments throughout 2013.

The committee hopes Victoria will follow suit, not only to take the burden off metropolitan infrastructure, but also to retain skills and boost the economies of ailing regional centres.

At the moment about 1.6 million people work in greater Melbourne and just 600,000 work across the rest of the state.

“The most immediate economic benefit of telecommuting is that it keeps workers regional for a percentage of their work time and injects money directly into a local economy," the report said.

"Regional Victorians who commute to Melbourne to work are spending money at lunch time and after work in Melbourne."

The report estimated the lunch expenditure alone of workers commuting from Hume was taking $230,000 each year out of the Hume economy.

The government has six months to respond to the recommendations.