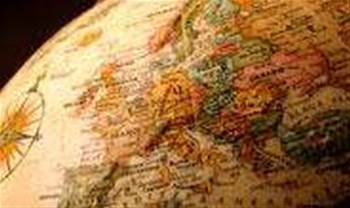 Leak reveals US Government lobbied on behalf of Oracle.

The US Government met with European competition officials to lobby on behalf of Oracle during its purchase of Sun Microsystems, according to leaked diplomatic cables.

The cables, released this week by whistleblowing site Wikileaks, reveal that the Obama administration had monitored the European Union’s investigation into the competition issues that could arise from the merger and tried to convince them to let the deal go ahead.

The EU had investigated the merger due to concerns for the future of Java and the open source MySQL database.

The cable noted that Oracle representatives were “unwilling or unable to make certain divestitures to satisfy the Commission's concerns” and that without the merger Sun would “go bankrupt.”

The cable suggests the US Government lobbied on behalf of Oracle to prevent Sun from shedding any further jobs and to save face for the US Department of Justice’s Antitrust division, which had approved the acquisition months earlier.

“The Department of Justice/Antitrust views this matter as a high priority,” said the Deputy Chief of the US Mission to the European Union, Ambassador Christopher W. Murray.

“Its senior officials and investigative staff are currently engaging productively and intensely with their DG COMP [EU Director-General for Competition] counterparts, and are in close touch with Oracle and Sun, in the hopes of preventing a divergent outcome.”

One month later, another cable sent to the US Secretary of State Hillary Clinton, the USTR (United States Trade Representative), the US National Security Council, the US Departments of Treasury, Justice and Commercial and the Federal Trade Commission, went into great detail about the EU’s competition commissioner’s opinions on the open source software movement.

Anthony Whelan, chef du cabinet to Competition Commissioner Neelie Kroes told the US Mission to the EU that Kroes sympathised with “the argument that open source software is by definition pro-competitive, since the theory is that everyone has access to it and can contribute to improving open source programs" but was equally swayed by “subtle and complex counterarguments to this.”

Whelan was quoted in a second cable as saying that "in the dynamic, real marketplace in Europe, this open source argument needs to be examined."