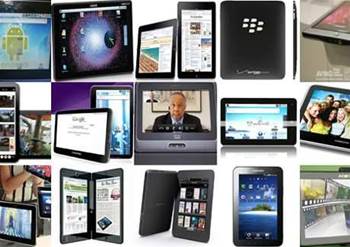 Britain's Ministry of Defence (MoD) has outright shunned Bring Your Own Device (BYOD) policy in the name of security, a senior official says.

Captain Simon Wise, deputy head of MoD's global operations security control centre said the agency had "one short and sharp policy" for BYOD -- it had no policy.

“The user experience is affected but we want to ensure that the core business can be secure and that the core functionality is at an assured level," Wise said.

His comments came during the lauch of research by British Telecom at the Infosecurity Europe conference this week that found a third of users fail to see risk in BYOD policy.

It also found only 10 percent of IT managers thought users were educated about the consumerisation of IT.

The ‘Rethink the Risk' research polled 2000 users and found that 37 percent of UK-based employees were permitted to connect personally owned devices to the corporate network.

While company-sanctioned BYOD adoption was high, the extent of use stated by employees was greater than that acknowledged by IT managers.

“Go back 10 to 15 years and the idea of connecting with a personal device was unheard of, but it is now a natural act," Schmidt said. "Policies need to be translucent to the user and we need to educate them,” he said.

In the survey, 40 percent of employees said that "the IT department imposes rules and regulations that restrict the most innovative use of new technologies", and almost half disliked the idea of having additional security features installed.

The research also found that 57 percent of IT decision-makers thought the rise of BYOD heralds the move to a new model of IT where barriers between the individual and workplace dissolve and everything was linked by the corporate network.

It also reported that 37 percent of IT managers in the government sector thought cyber security was “a major concern”, compared with 49 percent in the financial services sector and just 26 percent in logistics

Got a news tip for our journalists? Share it with us anonymously here.
Copyright © SC Magazine, UK edition
Tags:
btbyoddefenceinformation security europeinfosec europepolicyresearchsecurity