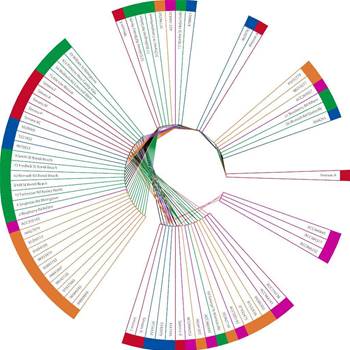 In the past, visual analytics has been limited to high-end fraud detection and analysis, primarily in the financial services and law enforcement sectors.

However, recent R&D moves by IBM-Cognos and Sybase and increased competition from niche providers appears to signal a progression for the technology into the enterprise and mid-market, both in Australia and globally.

The company showed how it was possible to change the parameters on a geospatial map and have it automatically and fluidly update surrounding bar charts that fed off the data.

Sybase has also followed suit in its PowerDesigner 15 product by introducing an ‘impact analysis diagram’ feature.

It is intended to allow IT managers to visualise dependencies in their architecture models and see the upstream and downstream affects of any changes more easily, according to David Dichmann, senior product manager for design tools at Sybase.

“Customers thought the reports [in PowerDesigner 12] were nice but were having difficulty comprehending text-based and analytical reports,” Dichmann told iTNews from Sybase HQ.

“We thought, ‘Why not provide them with a diagram that spans all the layers of abstraction?’”

The trend towards stronger visual analytics is also being felt at the services level.

“We use visualisation for almost every matter that involves analysing communication between one or more parties,” said Ajoy Ghosh, security executive of Logica, a global IT services consultancy.

“We partner with Nuix and rely on their software to map simple relationships such as those between IP and email addresses. For more complex matters we use our own proprietary kit.”

NetMap Analytics is in a similar boat. The developer, based in Artarmon in Sydney’s north, is finding new market opportunities and surging interest in its visually-impressive analytics software. (see photo gallery right)

“As transaction processing systems become more pervasive and the footprint of these systems grows, organisations are looking for ways to interpret and analyse these large data repositories,” said Peter Anderson, chairman of NetMap Analytics.

“We come from the perspective of taking large quantities of data, looking for relationships and patterns of node connectivity and visualising and pinpointing the bits that you might find interesting.”

Anderson said the developer had recently started to sell its software via distributors for the first time – a response to increasing demand for it in non-traditional enterprise and mid-market analytics applications.

The company is achieving up to 40 percent of its revenues via consultancy services to firms looking to outsource data analytics. Most business is still from licensing and recurring fees, Anderson said.

The graphics themselves are reasonably simplistic, but iTNews observed the drill-down process to be fluid and user-friendly. Unlike IBM-Cognos, the company said it does not use a Flash-based front-end so it can retain the processing power to deal with larger data volumes, however it is ‘evolving a Java-based interface’.