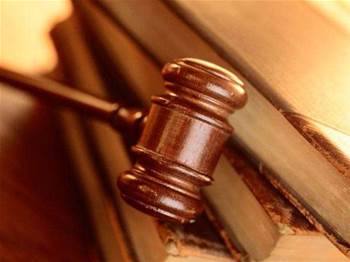 SYDNEY - Claims made by Business Objects’ Australian managing director that Informatica has mislead its customers and the media regarding a patent infringement lawsuit between the two companies has been rejected by Informatica’s USA-based head office.

An interview with Business Objects vice president and managing director – Australia and New Zealand, Rob Wells, published by ITnews on Wednesday said that Informatica was exaggerating the seriousness of the patent dispute, since the patented data transformation technology at the heart of the lawsuit was “one small discrete feature.”

However, Informatica’s USA-based executive vice president and chief marketing officer, Brian Gentile, told ITnews that Business Objects was using trickery to downplay the size of the lawsuit, in an attempt to keep a stranglehold on its existing customers.

“The subject of the lawsuit – the data transformation technology – is extremely significant in the life of an enterprise customer’s data, even if Business Objects wants to paint it as a discrete, small, insignificant feature,” he said.

“The feature is not only the subject of a five-year-long lawsuit, but also both companies have spent millions of dollars defending their products – I don’t know that any company would spend that much [estimated at more then US$10 million each] to defend something they didn’t think was a crucial part of their product.”

Business Objects on Wednesday said that less than one per cent of its customers use the data transformation technology, a claim that Gentile believes is misleading.

“This [statement] is a tricky way to minimise the seriousness of the debate. Probably one per cent of Business Objects’ customers have bought the offending Business Objects Data Integrator product, but of these we find it not credible that only one per cent use the patented feature. Especially since 90 per cent of our customers who own the associated software use the feature,” he said.

“If a Business Objects customer isn’t experiencing any troubles today with the data integration product, it’s true they can continue using the current version. But to move forward, if they want to upgrade their system, they’ll have to move to a new system that doesn’t include the functionality of the patented technology,” he said.

“[We will] continue the legal process and will fight vigorously to defend our technology,” Wells told ITnews.

According to Informatica, the possibility remains that Business Objects may appeal to jury’s decision, but on the other hand, since Business Objects “willfully, even recklessly, infringed on [Informatica’s] patents, which means they knew they infringed and still continued to ship the product,” according to Gentile, the judge has the capacity to triple the $25 million charge.

Informatica is currently appealing to all Business Objects customers to transfer to its operating systems, and is offering a free trial period in Australia for interested businesses.

“We want to make sure Business Objects customers know they can get their technology from Informatica,” said Gentile.

Informatica is “pleased with the response” it has received so far from Business Objects customers looking to transfer their business, said Gentile.

“We have a number of people interested in switching,” he said.
Got a news tip for our journalists? Share it with us anonymously here.