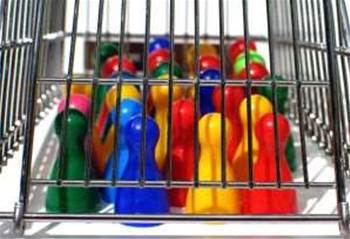 The latest security threat report from Cisco shows that criminals are targeting enterprises in ever more sophisticated ways.

Companies are coming under attack from business-aware criminals who are creating spam around major news events, such as swine flu, to gain access to company systems or persuade victims to visit malware-laden web sites.

Other threats include botnets, which are being rented out on a software-as-a-service basis, according to the report.

Social networking sites also came under fire, as they still create a feeling among users that links and downloadable content are always safe.

The recession and the threat of job losses, meanwhile, has led to a rise in disaffected workers who are much more likely to compromise corporate data.

"What is striking in our latest findings is how, in addition to using their technical skills to cast a wide net and avoid detection, these criminals are also demonstrating some strong business acumen.

"They are collaborating with each other, preying on individuals' greatest fears and interests, and increasingly making use of legitimate internet tools like search engines and the software-as-a-service model. Businesses need to adopt ever more advanced ways to fight cyber crime and remain vigilant across all attack vectors."

Cisco will reveal more from its latest security report in a webcast to be shown from 16.00 BST.

Got a news tip for our journalists? Share it with us anonymously here.
Copyright ©v3.co.uk
Tags:
ciscocriminalsincreasinglylatestsecuritysophisticated