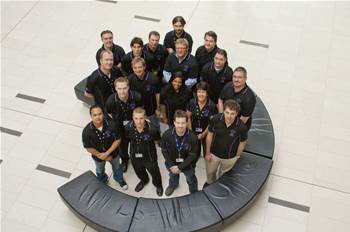 The Australian Bureau of Statistics (ABS) has deployed Windows 7 and upgraded its desktop messaging, security and office software after nine years on Windows XP.

The 18-month ‘Love Your Desktop’ project concluded in March, and involved 4000 machines in 10 offices across the country.

It resulted in an estimated $2 million of productivity savings by reducing staff login times from between 12 and 15 minutes to between three and five minutes.

Technology infrastructure chief Duncan Young led the project, for which he was named a finalist for the Australian Government ICT Young Professional of the Year award last week.

He credited his team of 30 – contributing a total of 16 staff-years – and strong engagement with users and executives for the “painless” rollout.

“[The award nomination] is a recognition of the people around me as well,” he said.

“Often, technology upgrades are seen as a necessary evil, a distraction that [users] don’t want to have.

“The project was not purely focused on the technology level, but on how we make technology a productivity enabler for our staff.”

In preparation for the overnight rollouts, Young’s team launched a multimedia ‘Love Your Desktop’ campaign that promoted the change as “a fun, exciting experience”.

The team's videos attracted some 2,500 views, with some videos watched by a quarter of all staff.

In all, the team conducted 400 in-person, pre-rollout meetings with an estimated 85 percent of ABS staff. In addition, 40 percent of staff attended education sessions.

Six to eight technology infrastructure staff performed rollouts in each office. Five team members would spend the first few hours of the next morning “floorwalking” to answer any questions.

Software and some new hardware was installed in all ten offices in just over six months. Young said team members had one wedding and two babies during the rollout.

The ‘Love Your Desktop’ project was also timed to coincide with the $4.5 million refresh of half the bureau’s desktop and notebook fleet. PCs at the ABS were refreshed every four years, Young said.

He said the ABS had taken “a while between drinks” on its operating system, having waited nine years since deploying Windows XP in 2002.

The next desktop software upgrade would likely take place in “a bit over three years’ [time]”, he said, noting that the team would reconsider thin clients at that stage.

ABS used virtual desktops for certain functions, such as testing and development but held back from wider use due to user experience concerns.

Young said staff in his technology infrastructure group had an average tenure of 12 to 13 years with the ABS, and deployments benefited from their experience and deep knowledge of the organisation.

The team embraced three principles for the ‘Love Your Desktop’ project, he said: simplicity; minimal customisation; and using software natively.