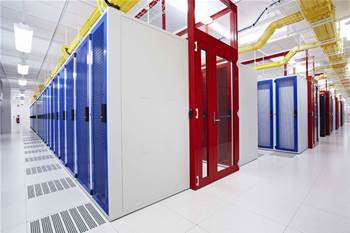 The Bureau of Meteorology has inked a $35 million data centre lease with NextDC as part of its multi-year IT transformation project to improve the security of critical systems and applications.

The two-year contract published last week will see the weather bureau house its data in one or more of NextDC’s nine data centres across Australia.

The deal appears to replace BoM’s existing data centre lease with Equinix (previously Metronode) signed in October 2012 at the cost of $24.5 million over ten years.

As is becoming routine for the bureau on matters concerning IT, a spokesperson declined to comment on the contract, citing operation and national security concerns.

“The Bureau of Meteorology has a significant program of work underway to continue improving its ICT security and resilience, in order to enhance the delivery our (sic) services to the Australian community now into the future,” the spokesperson said.

“For operational and security reasons, the bureau does not publicly comment on the specifics of its IT systems and contracts.”

While there a few detail on the new data centre, the bureau’s recent 2019 annual report [pdf] reveals the facility will contain a new “operational high performance computing (HPC) environment”.

The environment will be established as part of the bureau’s HPC mid-term upgrade project and its wider IT refresh project, dubbed ‘robust’.

Robust, which was funded with an undisclosed amount of funding in the 2018 federal budget and topped up this year, is hardening BoM’s operating environment in response to the 2015 hack by suspected foreign adversaries.

BoM is also planning to uplift the “new data centre based on a common design pattern” to improve security and resilience during the 2019-20 financial year.

The bureau has not disclosed which of NextDC's data centres will be utilised, though it is likely that any facility would remain in Melbourne, where the bureau’s administrative and operation headquarters are located.

NextDC has data centres in Brisbane, Sydney, Melbourne and Perth.

Earlier this year, the bureau signed a $31 million deal with Accenture for a new all-in-one digital channels platform, which will involve an upgrade of BoM’s primary website.

But, despite the frequency at which Australians access the website, it is one just a handful of federal government websites still using unencrypted web connections.

The site upgrade is just one of the upgrades that will be progress as part of the robust IT refresh, which consolidated a number of infrastructure platforms during the 2018-19 financial year.

"Computing and storage infrastructure consolidation activities will be implemented in 2019–20 to reduce complexity and the total cost of ownership."