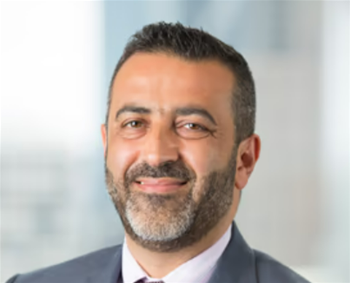 A Bupa spokesperson told iTnews that previous incumbent Dwayne Crombie has “returned to New Zealand as managing director of our aged care business”.

Yalavac has been Bupa’s A/NZ CIO since January 2016, with responsibility across all Bupa private health insurance, care homes, optometry, dental, telehealth and “all other Bupa business in the region”.

His appointment to the acting managing director role became public by way of a low-key edit to his LinkedIn profile.

Bupa said the 30-year industry veteran has “held a number of technical and senior leadership roles across various information services teams, resulting in significant service improvements, performance and results for the business, our customers and our people.”

Yalavac’s time at Bupa has coincided with a number of major IT and digital projects at the health giant.

In 2018, it launched a project to simplify how health insurance is presented to customers, with growth and performance marketing director David Hirsch saying the role of technology was to “curate” the customer experience.

The organisation also embarked on a "customer transformation" underpinned by cloud services in 2019, an AI and automation project in 2020, and a major security transformation in 2021.

iTnews has asked Bupa for further comment regarding the appointment and interim technology leadership arrangements.

A Bupa spokesperson said in a statement sent to iTnews: "Over the past 16 years, Sami has held number of senior leadership roles across the Technology team and has led significant projects that have transformed our technology function and enabled improvements across our businesses, in service of our customers.

"As we continue to work through the recruitment process for the permanent role, Jenny Watson has been appointed to act in the role of chief information officer, bringing with her extensive technology and leadership experience from her current role of technology director, Health Insurance and Finance and work across organisations including at NAB and Swinburne University."