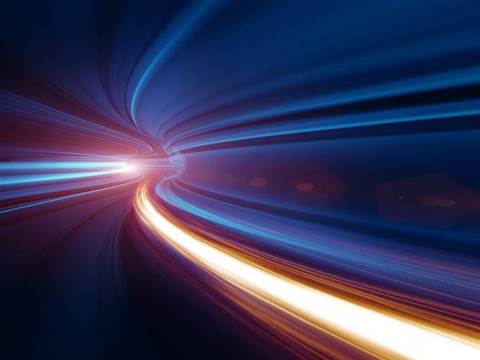 Bunnings' managing director Mike Schneider might be the Australian retail sector’s digital man of the moment, but at Wesfarmer stablemate Blackwoods it’s still at least another year of profit pain before investors and trade shoppers will be sparked with digital joy.

A new Microsoft Dynamics ERP to replace a 30-year-old Focus COBOL-based system is still between 12 months from going live, despite 18 months’ worth of careful planning.

That’s because there’s a generation’s worth of legacy code that’s still being untangled by a crack team of 90 people, and that’s just on the client side.

It’s a migration so chewy that parent Wesfarmers, which owns both Bunnings and Blackwoods (as well as Kmart, Target and Officeworks), this week pleaded for patience from institutional investors after a worse than anticipated hit to the company behind what’s dubbed the industrials supply bible.

The scale of Blackwoods needs some context, the most important of which is that sub-scale is not in the Wesfarmers vocabulary – unless it’s a opportunistic acquisition like Catch that is way cheaper than building a new online ‘marketplace’ for Kmart and Target.

Grossly oversimplified, Blackwoods is  Australia’s biggest supplier and distributor of industrial products, tools and commodities that span from screws to swaging equipment to switches and band aids all sourced from a catalogue of 200,000 SKUs.

Factory managers  call it 'The Bible': the most popular version of Blackwoods ‘inventory tome is a print catalogue the size of a metro phone book.

And the business just got a fresh new web front end and 32 state of the art Cohesio robots – or automated guide vehicles that can fetch trawl 1350 racks and 86k product locations – rolling out across six distribution centres. But that won't cut it alone.

The business is bleeding.

“The performance of the Industrial and Safety business was disappointing, reflecting the impact on Blackwoods’ earnings from ongoing investment in customer service and the enterprise resource planning (ERP) system,” Wesfarmers’ CEO Rob Scott lamented in this week’s full year results briefing.

“While the Blackwoods customer experience has improved, successful delivery of the ERP system is required to deliver sustainable earnings growth.”

He’s a big IoT convert too, having just ported hospital oxygen cylinders to the tech.

Fair enough too. Nobody likes being short of oxygen.

“Industrial and safety recorded a disappointing $33million decline to $85 million,” Baxby lamented before adding that divisional performance was “impacted primarily by a disappointing year in Blackwoods.”

And it’s still not live Microsoft ERP.  And Investors are getting frisky.

“It would appear not much is going right… I don’t think anyone was expecting such a weak second half,” noted CSLA’s analyst Richard Barwick. Analysts … one track minds. Seriously.

Dynamics is possibly an unfortunate name for a delayed ERP delivery. Wesfarmers has been rather taciturn on the branding on Blackwoods ERP tech base, like it is on divisional tech spend.

Fortunately veteran truffle hound Tony Boyd, of the Australian Financial Review’s renown Chook column extracted a confession from Baxby that Microsoft was at the core of the ERP, with DXC running the install.

Baxby also conceded to Boyd that Microsoft was the least unpalatable against contenders SAP and Oracle.

Translation: Wesfarmers can make Dynamics bend to it its needs rather than Blackwoods flexing to a vendor’s needs.

Or as reformed assembler coder Sir Ralph Norris of CBA, ASB and Air New Zealand once deftly characterised a certain core supplier, ‘your business will conform to our software’.

Microsoft does have a testimonial up about Blackwoods, but it seems to only reference BI rather than a core transplant.

But back to the Blackwoods’ ERP blues.

If good things come to those who wait, Blackwoods chief David Baxby wants the fast lane.

As recent Wesfarmers divestment Coles and star performer Bunnings have shown, it’s prudent to under-promise. Design thinking is great; if you have a great designer.

“I am not going to shy away from the fact that no one is more disappointed with the results of the last 12 months than me,” Baxby proffered.

“But what I feel we have done ,is we’ve bitton off a lot of the data remediation, a lot of the systems  remediation challenges that you always encounter and maybe you don’t fully expect when you undertake an ERP program.”

“That is going to go on for the next 6-12 months, we are not going to shy away from that.”