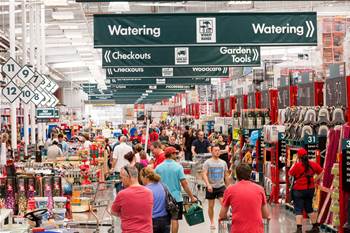 Bunnings and Kmart Australia have paused the use of facial recognition while the privacy watchdog investigates their personal information handling practices.

The Wesfarmers-owned retailers took the decision following sustained pressure over using the technology to analyse in-store CCTV footage, and in the wake of an investigation by consumer group CHOICE.

The investigation of 25 major retailers found Bunnings, Kmart and The Good Guys had been analysing CCTV footage to create profiles or ‘face prints’ of their customers without consent.

Woolworths, Coles and Aldi, as well as 14 other major retailers, said they were not using facial recognition, nor intended to introduce it.

CHOICE subsequently referred the retailers to the OAIC for potential breaches of the Privacy Act in late June, leading The Good Guys, owned by JB Hi-FI, to pause its use of facial recognition.

The OAIC opened its investigation into Bunnings and Kmart’s use of the technology and “commenced preliminary inquiries” with The Good Guys earlier this month.

In a statement, Bunnings managing director Mile Schneider confirmed the technology had been switched off, stressing its role in helping to prevent verbal and physical abuse against staff.

“When we have customers berate our team, pull weapons, spit, or throw punches – we ban them from our stores. But a ban isn’t effective if it’s hard to enforce,” he said.

“Facial recognition gives us a chance to identify when a banned person enters a store so we can support our team to handle the situation before it escalates.

“For absolute clarity, an individual’s image is only retained by the system if they are already enrolled in the database of individuals who are banned or associated with crime in our stores.

“We don’t use it for marketing or customer behaviour tracking, and we certainly don’t use it identify regular customers who enter our stores as CHOICE has suggested.

“We’ve confirmed to the OAIC that the technology is temporarily switched off in our stores and given an investigation is underway we won’t be using if for the time being.”

A spokesperson for Kmart said the company had “temporarily stopped the use of this technology in our small number of trial stores given the commencement of the OAIC investigation”.

“We believe our use of facial recognition technology for the limited purpose of preventing criminal activity such as refund fraud is appropriate and its use is subject to strict controls,” the spokesperson said.

“We do not use this technology to track customer behaviour or for marketing purposes.”