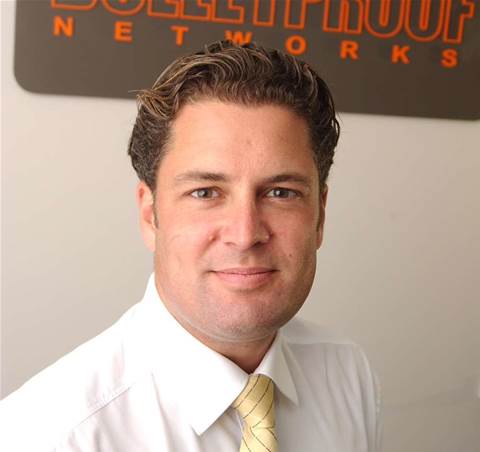 Bulletproof Networks will soon list on the Australian Stock Exchange thanks to a reverse-takeover by listed mining entity Spencer Resources.

Spencer announced today it would acquire 100 percent of Bulletproof shares, subject to shareholder approval, in order to facilitate the latter’s public listing. Spencer said it hoped to issue a capital raising of $1.6 million following re-listing.

Spencer will change its name to Bulletproof Limited, and will employ all Bulletproof staff, including founders Anthony Woodward and Lorenzo Modesto as executive directors.

Eftel's chairman prior to the company's acquisition by M2, Stephe Wilkes, will become chairman following the transaction's completion.

Modesto told iTnews Bulletproof had been looking for such an opportunity for around a year and a half.

He said the benefit of a reverse-takeover rather than an initial public offering (IPO) was Spencer's existing shareholder base and the lack of requirement for a large amount of funds.

"The end result is exactly the same, but there are definitely advantages to reverse listing," he said.

"It brings with it a ready made shareholder base, and the reality is that Bulletproof as part of the transaction is only doing a $1.6 million capital raising, which is small overall, and we don't actually need any more funds to accelerate our growth.

"So it's really a question of balancing the requirements of capital for growth and to improve our balance sheet with not actually needing to do much to the valuation for shareholders."

Spencer, which suffered a $497,000 loss on revenues of $59,000 this year, will "actively but prudently" divest its exploration interests following the company name change, and has signalled an interest in an outright sale or joint venture.

It said it would have a single focus on IT infrastructure and cloud computing during the first half of next year.

Bulletproof recorded EBITDA of $2.2 million in financial year 2013 and revenue of $14.8 million.

Spencer expects Bulletproof to be listed by December 23.