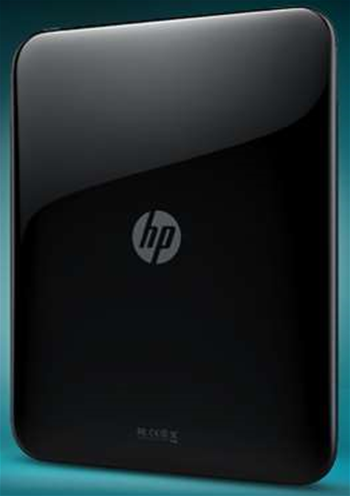 'No match for the iPad', says Mossberg.

Analysis: Long term, HP hopes to beat Apple at the tablet game, but early US reviews of its TouchPad suggest that will not happen this year.

Reviewers across business and technology media found severe hardware short-comings that made the TouchPad pale against Apple’s second iPad and Samsung’s Galaxy 10.1.

“It supposedly has a blazing-fast chip inside, but you wouldn’t know it,” wrote the New York Times’ David Pogue.

Screen rotation was sluggish, apps were slow to launch and animations were “sometimes jerky”, he continued.

Unfortunately for HP, its first generation TouchPad, which only offers WiFi connectivity, launched after Apple’s iPad 2, which includes: a SIM card slot, front and and back cameras, is lighter, slimmer and has a burgeoning apps market of over 400,000.

Feedback on the TouchPad's hardware from one of the world’s most influential reviewers, the Wall Street Journal’s Walt Mossberg, was equally scathing.

“At least for now, I can't recommend the TouchPad over the iPad 2,” said Mossberg.

“It suffers from poor battery life, a paucity of apps and other deficits,” he wrote. Unimpressed by its “bulbous” form, he wrote that it was "no match for the iPad".

The curved plastic casing took “fingerprints like a crime scene”, according to CrunchGear reviewers, while CNet reviewers thought it had a “look and feel more in common with a kitchen board”.

The only feature of the device that impressed was HP’s revival of Palm’s WebOS, which offered true multi-tasking and a smooth interface.

Prior to the release of the device, a senior HP executive boasted the TouchPad, over the longer term, would topple the iPad, highlighting that HP was the only company that straddled both the business and consumer computing worlds.

Hoping to lure developers to build apps for webOS, HP will unveil its incentive program at the official US release of the TouchPad tomorrow.

HP has yet to announce an official Australian release date, however it’s expecting to release a 3G version before the device hits the nation.