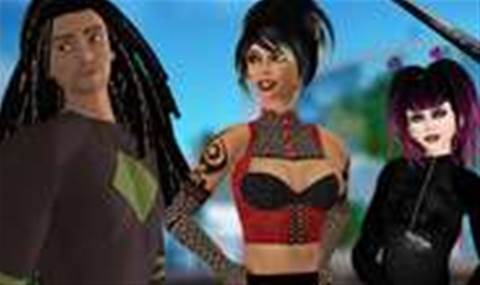 The way we see and navigate the Internet is about to change.

The success of 3D communities and mapping applications, combined with the falling costs of producing 3D environments, are leading some analysts to predict that a dramatic shift is taking place in the way people see and navigate the Internet.

Sterling suggests that the internet could very well be on its way to shifting from a text-based environment to a visually-oriented 3D world.

The appeal of 3D worlds to consumers and vendors lies in the level of immersion that the programs offer.

The experience of interacting with another character in a 3D environment, as opposed to a screen name or a flat image, adds new appeal to the act of socialising on the Internet.

"In a chat situation, some of the things you do in a 2D environment are going to be more fun in a 3D environment," said Sterling. "Functionally there's no difference in what you're doing, but seeing it makes it more fun."

As the users become more immersed in the environment, advertisers see better ways to market their products.

Advertisements in Microsoft's Virtual Earth 3D mapping application are placed as billboards and signs on top of buildings, blending in with the application's urban landscapes.

3D worlds also hold benefits beyond simple social interactions. Companies that specialise in interior design or furniture showrooms, where users want to view entire rooms from a variety of angles and perspectives, will be able to offer customised models through users' home PCs.

"There's a certain number of functions that are obviously going to be better in a 3D environment, such as real estate, and there's a lot of potential e-commerce areas," said Sterling.

The potential of 3D environments is attracting major attention and investment. IBM recently rolled out a US$100m project to develop cutting-edge 3D technologies.

Among the 10 programmes included in the initiative is an ambitious project which IBM said was aimed at creating "the 3D Internet".

The project will include a 3D world for confidential company meetings, as well as ventures into 3D worlds for use by retailers and consumers.

Even before IBM threw its considerable weight behind the idea, several successful 3D Internet worlds had already been established.

Online 3D community Second Life reports processing over US$500,000 a day in online transactions. IBM, Sun Microsystems and Reuters all have 'offices' in Second Life, which boasts over 1.4 million users.

The companies have staged press conferences, product announcements and user forums in the virtual headquarters.

Second Life has dedicated journalists, private islands and a growing number of people who make real-life careers out of designing items in the virtual world.

And the success of 3D environments is not limited to social networking and games, as 3D mapping programs have been a hit with users as well.

Google's 3D mapping application, Google Earth, has logged over one million downloads since its launch in 2005 and taken on a life of its own.

Chikai Ohazama, Google Earth product manager, told vnunet.com that the application's KML programming language is being utilised to create 3D structures and application features that the development team did not think possible.

One user even landed himself a job at Google when, shortly after Google Earth's release, he amazed the design team with a model of the Golden Gate Bridge.

The ability to produce 3D content for a wide audience faster and at a lower price has opened the door to companies that could not justify spending on 3D development when the process could cost millions of dollars and take many months.

The 3D internet concept faces a number of challenges, however, as not all content will translate well to a 3D environment.

Developers have yet to figure out a way to create a 3D version of one of the most vital applications on the Internet: the search engine.

"I think what you'll get is something like what is starting to emerge in Google Earth and Virtual Earth where you have a mapping environment and you have the search box," said Sterling.

"It would involve some sort of hybrid environment where search can exist in a 3D world."

Logistics also present major concerns in the implementation of a 3D Internet. The internet as most people know it is comprised of pages encoded as HTML files combined with plug-ins such as Flash and JavaScript.

No such standardised format currently exists for 3D environments. Google Earth and Second Life both exist as stand-alone applications, and although Virtual Earth is able to run through a browser it only works with Internet Explorer and recent versions of Windows.

Add the emergence of smartphones and set-top boxes as ways to access the web, along with broadband connections, and there will be major standardisation issues, according to Chris Nicholas, chief technology officer at Plan 9 Studios.

In order for a 3D internet to work, all devices, platforms and connection speeds would need some sort of standardised protocol similar to HTML.

Aside from specifying a platform and a common coding system, Nicholas believes that companies building a 3D Internet would have to determine who they're designing the worlds for and take the technical abilities of users into account.

"There are people that spend all day in 3D and know how to navigate it, then there are people who still can't set the time on their clock radio," he said. " So who are you building for and why are they going to take the time to use it?"

If the technical hurdles and navigation challenges can be met, IBM's 3D internet project could usher in a new way for users to access information and interact with each another.

"Everybody sees that there's a lot of opportunity," concluded Sterling. "The idea that you can create a much richer environment is very powerful."

Got a news tip for our journalists? Share it with us anonymously here.
Copyright ©v3.co.uk
Tags:
3d analysis building internet software the vnunetcom
By Shaun Nichols
Nov 27 2006
9:56AM