The stock market CIO on speed, security and scale.

The onus on technology to drive trades at a nanosecond pace had presented new challenges for Rubinow, who had been tasked with building data centres for the high-frequency trading community at NYSE.

He described the industry as "extremely competitive ... it’s solely dependent on volume and you get no loyalty whatsoever".

“We have to be good for every second of every day; all the markets are connected, so a millisecond later people can send their business elsewhere if they’re not happy with you." 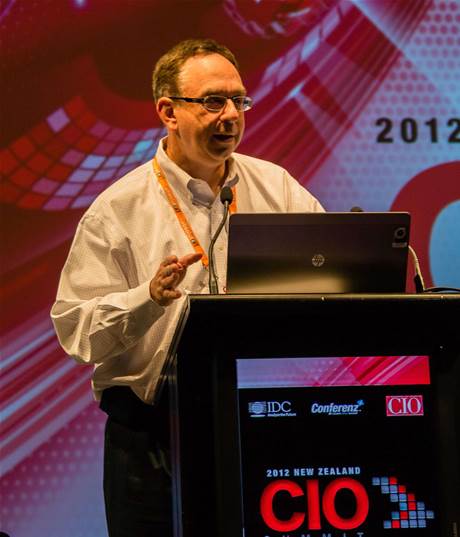 Rubinow said he was required to offer speed, scale and security at the world's largest stock exchange.

In his business, there is no way to stimulate demand; today's fully computerised and automated exchanges make money on the executions of deals only.

"Only a very small percentage of the tens of millions of orders sent each day are completed, as they have to be matched within a millisecond," he said.

"If not, the order is cancelled, the exchange makes no money and a new order is sent."

While at NYSE, Rubinow oversaw the transformation of a traditional business that had essentially been the same for the last two centuries, with traders on a floor shouting orders to each other.

Rubinow came to the company in 2005 when NYSE acquired Archipelago, a fully electronic stock exchange where he was the CTO. Archipelago had only started in 1999, but quickly became the second largest exchange in the world after NYSE.

At NYSE, Rubinow took part in the construction of what was then the biggest two data centres in the world specifically for the needs of the trading community; a 74,300-square-metre facility in northern New Jersey, and a sister unit in London.

The data centre requirements showed the need to measure transaction times in nanoseconds, according to Rubinow.

“It’s very important for our customers to be as physically close to our servers as they can possibly be — we know it takes about one nanosecond for light to travel one foot, and our industry cares about that,” he said.

The speed requirements had ruled out any chance of using virtualisation; a technology Rubinow called too expensive and slow for a time-sensitive industry like trading.

Architecting for scale was a top priority for Rubinow and his data centre builders, who wanted to fit in as many customers as they could; “if this was the only facility that could handle every trade on earth, then that is what we architected it for," he said.

With some 500 million security events every day at NYSE, security was also a major issue to deal with, Rubinow said.

“If you sleep well at night, you have a false sense of security,” according to Rubinow.

Trying to figure out how much money to spend on protecting yourself was one of the most difficult problems he faced, and continues to face.

Rubinow urged CIOs to become risk managers; see the risk, be on top of it, and know what you are doing. Learning to push things until they break — in order to find the operating range between aggressive and reckless — is an art and science, Rubinow said.

For someone who has made his living out of technological transformation, Rubinow said he remains a cynic regarding new technologies.

“Very few technologies change everything, but business leaders want to be first doing stuff, even though they don’t know what it is,” he said.

Though use of mobility in trading can become a huge opportunity, he said, there are limits to what it can achieve.

“If you are talking about microsecond trading, you are not going to do it over a smartphone ... for security reasons,” Rubinow said.