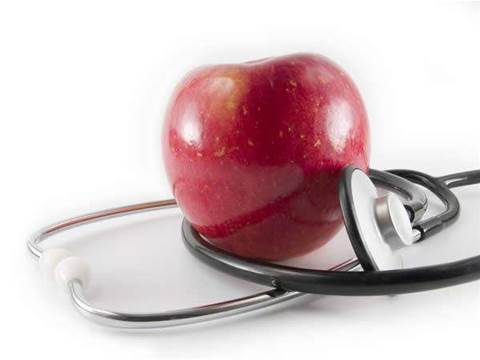 Apps temporarily pulled due to flaw.

Apple has revealed a bug in its HealthKit health and fitness application platform has prevented the product from being released alongside Apple's new iOS 8 operating system.

HealthKit gathers data such as blood pressure and weight from various health apps on Apple devices, and can be viewed by doctors at one place.

Regulated medical devices, such as glucose monitors with accompanying iPhone apps, can send information to HealthKit.

Apple declined to comment on the specific nature of the bug, but said the company was "working quickly to have [it] fixed in a software update and have HealthKit apps available by the end of the month".

A spokesperon said the bug prevents HealthKit apps being made available on iOS 8.

Apple has also pulled some healthcare apps from its app store that connect with HealthKit, such as MyFitnessPal and Carrot Fit.

"The MyFitnessPal app, which supports integration with Apple's HealthKit, was temporarily removed from the Apple Store this morning to address some minor issues," MyFitnessPal said in a statement.

"We are working with Apple on a solution and will have an updated version of the app, without the HealthKit piece (for the time being), back on the App Store shortly."

While HealthKit promises to enhance the process of data-sharing between physicians and those under their care, observers have noted the potential for sensitive data to be abused.

Others are leery of having all their private information stored at one location, susceptible to hackers.