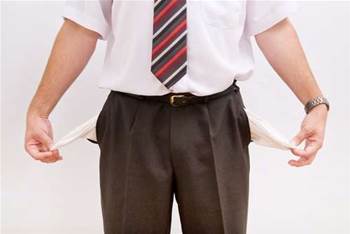 Supporting devices costs too much.

Many businesses have yet to deploy mobile customer relationship management (CRM) strategies, mainly because of the associated costs and security challenges.

A recent Forrester Research survey of over 1,000 global IT and business leaders involved in CRM purchase decisions found that 22 per cent had deployed a CRM system, and 52 per cent were planning a rollout in the next 12 to 18 months.

Forrester analyst William Band claimed that most companies he had spoken to were waiting for the economy to recover before launching a CRM strategy.

The research also showed that 51 per cent of firms already deploying mobile CRM solutions were worried about the associated costs.

One particular problem raised by the respondents was the price involved in supporting many different devices.

"What firms are really struggling with is user choice," said Band. "Some do not mind using a BlackBerry, while others want their CRM system on their Android."

Band advised organisations to standardise on one platform, even though they will be asked by their workforce to provide more flexibility.

Kris McKenzie, head of CRM at SAP, explained that his company had not considered pairing up with mobile providers other than Research In Motion because it would not be cost-effective for customers.

"A customer's business case is not going to stack up if they have a lot of devices to support, because it will just be too expensive," he said.

McKenzie's comments follow an announcement in May by SAP and Research In Motion of an integrated solution that provides customers with the SAP CRM application on their BlackBerry smartphones.

Around 73 per cent of respondents to the Forrester survey said that mobilising CRM had made their business more productive, but 27 per cent felt that the strategy had been unsuccessful.

Band suggested that securing mobile CRM products was another major barrier to implementation, and that customers had been asking Forrester numerous questions about the capabilities of mobile device management platforms.

Companies face a lack of expertise to guide them in mobile CRM rollouts, according to Forrester, which advised businesses to consider using third-party expertise if they are not completely sure that they have the necessary skills.

The research also showed that nearly half of companies that deploy a successful mobile CRM solution use a combination of external consultants and contractors, along with in-house resources to execute the rollout.

McKenzie added that mobile CRM is now one of the top three initiatives that SAP's CRM customers are interested in buying, adding that users are demanding " smarter devices and business applications".

The Forrester survey showed that companies spend around US$13bn a year on mobile CRM strategies globally, mainly with SAP, Oracle and Salesforce.com.

Got a news tip for our journalists? Share it with us anonymously here.
Copyright ©v3.co.uk
Tags:
centcrmforrestermobileperresearchsoftware