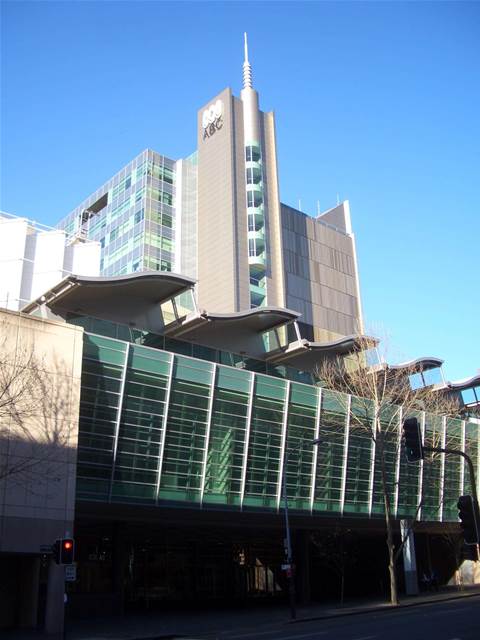 Another 29 jobs on the chopping block.

The government's decision to cut the ABC's funding by $254 million over five years has forced the national broadcaster to cut its technology workforce and redesign the way it provides IT services.

Around 29 jobs will go in the restructure.

In a recent notice to staff, sighted by iTnews, the ABC said the budget cuts had prompted a need to reposition the technology division to be "more agile and flexible" internally, and more client-focused, cost-effective and creative in terms of innovative technologies and ideas.

It said while a review of its technology division had proven that its systems were stable and its operations were cost-effective, there were clear opportunities to "better reflect the modern face of technology at the ABC".

It singled out increasing online and mobile content consumption; disruptions to traditional IT such as public cloud services; and the demise of non-integrated, customised broadcast systems in favour of specialist software running on generic infrastructure.

As well as reviewing how it procures end user devices internally, the ABC outlined a number of changes aimed at aligning the technology team with the rest of the organisation.

As part of its shift to a cloud-first strategy, the ABC will combine its two existing solutions architecture teams, and its current storage & IT ops and data centre teams.

This merger will mean two managers and one solutions architect will no longer be required, the ABC said.

It will create a new position of cloud services manager to manage the performance of services such as Office 365, Adobe Creative cloud, Hightail and Zoom, as well as any hosting services.

The ABC's plans to sell its Lanceley Place facilities in Sydney to reduce some of the impact of the budget cuts will result in the closure of its engineering workshops, it said.

"Given the reduction in the need of the work undertaken by this area and the ability to have it done by external providers, it is proposed that the workshop will be closed and the two positions there will be potentially redundant," the ABC told staff.

Similarly, changes to rosters for technical services workers in Sydney and Melbourne has meant less service co-ordinators are required, the broadcaster said.

Two positions will go across Sydney and Melbourne, and four others in workflow/process support and training management support in the same regions will be made redundant.

The ABC is also planning to combine its state and territory-based technical services and technology support desk teams into one technology client support department.

The department will provide broadcast and IT frontline support services, and be led by a national technology client support manager directing local managers in each of the states and territories.

Specialist teams will be formed in the national broadcast areas of news, radio, regional, television, marketing, online and digital. The department will also include teams for national business services, core technology services, and client device and cloud support.

Eight positions will be made redundant through the establishment of the IT service delivery department.

The ABC will create two new positions within the department for database administration and management of client devices and cloud services.

Around 29 positions in total will be made redundant as a result of the changes. The ABC said it had advised all affected staff.

An ABC spokesperson said the changes were designed to better position the ABC tech team to deal with the demands of the modern media sector.

"They will create a more agile and client-focused service with integrated solutions to existing and future technology problems," the spokesperson said.

"The division will be restructured to ensure our teams are aligned with the tech future state."

“The ABC has never been more reliant on technology, yet in just two months the ABC has axed 42 jobs and sacked some of the most technically experienced workers they have. At the same time they are creating new tiers of upper management roles to oversee fewer workers," CPSU ABC section secretary Sinddy Ealy said in a statement.

“Unfortunately this decision means there are likely to be more technical glitches and interruptions to programming as a result of this decision."