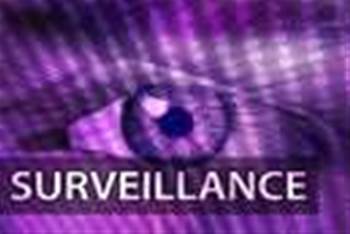 Phorm and BT - a trial user of its controversial behavioural advertising system - have been let off the hook by the Crown Prosecution Service (CPS) which has decided not to prosecute.

The CPS probe was in response to a complaint lodged by anti-Phorm campaigner Alexander Hanff back in 2008. The complaint related to Phorm itself and two trials carried out by BT in 2006 and 2007.

Following an investigation, the CPS deemed the pair's actions could be construed as the "result of an honest mistake or genuine misunderstanding of the law".

It also determined BT and Phorm both obtained legal advice before acting, co-operated fully with police and were very unlikely to allow history to repeat itself.

Furthermore, the CPS said there wasn't any evidence to suggest anyone involved was harmed or suffered loss as a result. The ICO had also investigated and decided not to take action.

"Prosecutions for unlawful interception require the CPS’s consent. After a thorough review of the available evidence, the CPS has decided there is currently insufficient evidence to begin a prosecution under section 1 of the Regulation of Investigatory Powers Act (RIPA) 2000 and it would not be in the public interest to proceed any further," the CPS said in a blog post.

Andrew Hadik, reviewing lawyer for CPS London’s Complex Casework Unit, added: "We obtained expert evidence to enable us to understand how the technology worked, how many people were affected and how they were affected.

"Those are the key elements of the alleged offending. Even if further evidence were available and collected, we are satisfied that it could not change our assessment."

Hanff was clearly not happy with the decision. He said on Twitter it was "a massive step backwards".

"If big business obtains a legal opinion which says it is OK to break the law, CPS will not prosecute on grounds of no criminal intent," he added.

"This is a very dangerous decision by the CPS which could have incredibly far reaching consequences and is completely unacceptable."

Got a news tip for our journalists? Share it with us anonymously here.
Copyright © ITPro, Dennis Publishing
Tags:
behavioural advertisingbtcpsidentityphormprivacysecurity