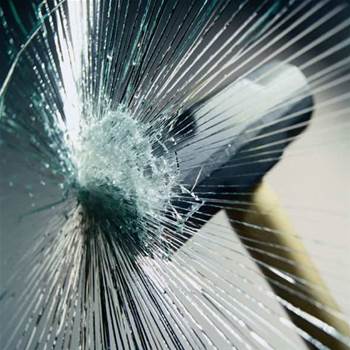 Warns ACCC against becoming a 'tool'.

The Department of Broadband has broken its silence over an increasingly one-sided effort to saddle NBN Co with a regulatory burden akin to Telstra's.

Access seekers are pressuring the Australian Competition and Consumer Commision (ACCC) to make its regulatory presence felt in NBN Co's special access undertaking (SAU), which is currently under industry consultation.

The latest round of submissions from access seekers, published last week, call for a raft of amendments to the undertaking, couched as ensuring the NBN operates in the long-term interest of end users.

The Department of Broadband, Communications and the Digital Economy's (DBCDE) acting first assistant secretary for telecommunications, Mark Heazlett, said the ACCC was in danger of becoming a "tool" for ISPs to get more favourable terms than they could otherwise negotiate commercially with NBN Co.

"It would be of concern if parties were to use the ACCC as a forum-shopping option, pursuing commercial solutions in name, but in reality using the regulator as a tool," Heazlett wrote. (pdf)

Adapted from a legal term, forum shopping refers to "the activity of repeatedly seeking a venue or willing listener for a concern, complaint or action, until one is found", according to a Wikipedia definition.

Through NBN Co, the Federal Government is hoping to usher in a regime that emphasises the terms of commercially negotiated arrangements — laid out in the standard form of access agreement (SFAA), otherwise known as the wholesale broadband agreement (WBA) — over regulatory intervention.

"In the Government's view, industry operates best when negotiated commercial agreements are adhered to," Heazlett wrote.

But sections of the industry are pressing for regulatory oversight that would ultimately back them in negotiations with NBN Co.

They argue they have little wiggle-room to negotiate terms in the WBA, and need a strong special access undertaking to back their cause.

Regulatory recourse for dispute resolution is "unquestionably necessary", according to AAPT. (pdf)

"Like most parties to negotiations, access seeker[s] would prefer to reach a commercial outcome, rather than one that was only obtained via regulatory means," the telco submitted.

"However, without an effective form of regulatory oversight, most access seekers are unlikely to be in a position to negotiate with a monopoly provider like NBN Co and be able to reach a position that is acceptable.

"The implementation of a regulatory oversight mechanism, which acts to control the behaviour of the NBN Co before and during negotiation, will facilitate reaching commercial outcomes since access seekers will have the comfort of a regulatory backstop, which may never be required."

Telstra's argument is more black-and-white. It argues the WBA is heavily weighted in NBN Co's favour and "is not an arrangement that reflects the outcome of a normal commercial arms-length negotiation that would occur in a competitive environment".

"The SFAA [WBA] can be (and in Telstra's view has been) presented to the industry on a 'take-it-or-leave-it' basis," Telstra said. (pdf)

"It is for this reason that the NBN Co SAU ... takes on an increased significance.

"The NBN Co SAU has now become the primary means through which RSPs [retail service providers] are able to table, and potentially resolve, key outstanding concerns. Additionally, a regime created by the NBN Co SAU may be the only way in which RSPs can be assured of ongoing regulatory oversight and NBN Co accountability".

However, the DBCDE remains cautious of Telstra's intentions.

"The ACCC should give particular consideration to the shift in negotiating strength that has occurred as Telstra moves from one side of the table to the other," Heazlett noted.

"DBCDE suggests that, if the end result of the SAU process is merely a replication of all the regulatory intervention opportunities accreted in more than 15 years of managed infrastructure-based competitions [sic], then a substantial benefit of [Telstra's] structural separation will be lost".