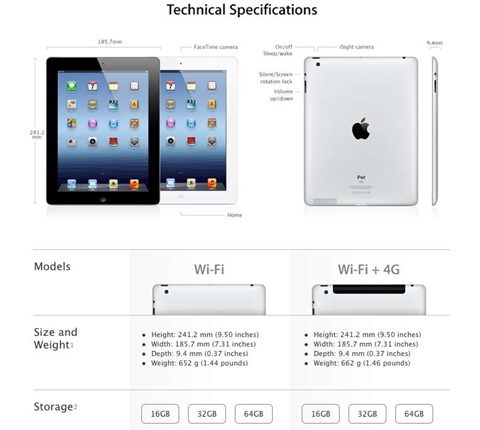 Britain’s Advertising Standards Authority may launch action against Apple after receiving numerous complaints about misleading references to 4G support, according to reports.

The Financial Times, which first reported the authority was investigating Apple’s marketing, noted that even though Apple updated its British website to clarify that 4G will only work in Canada and the US, the authority can take action retrospectively.

The watchdog has received 24 complaints and is considering a “full investigation”, the FT reported, quoting an unnamed source from a major British carrier.

However, Apple reportedly “pushed back relatively hard” on the 4G issue, even though it is widely known that no carrier in Britain has rolled out 4G networks yet.

Apple has not commented publicly on the matter.

The potential investigation in Britain follows the Australian Competition and Consumer Commission’s complaint that Apple’s 4G claims were misleading, sparking similar investigations around the world.

Apple has offered Australians refunds if they felt misled, but could still face a fine up to $1.1 million.

The same however is not true for Sweden, which has a well-established 4G market.

Marek Andersson, a lawyer at Sweden’s Consumer Agency, told iTNews that it was investigating complaints about Apple’s 4G claims.

He said that Apple’s 4G radios were not compatible with any carrier's networks in Europe.

Andersson alleged that Apple Sweden’s website, which places its country’s major carrier’s logos beneath the iPad 4G purchasing options, “could be misleading”.

All of Sweden's networks have rolled out 4G in some major cities, yet none will actually be able to deliver true 4G speeds.

The nation's largest carrier, TeliaSonera, advises consumers that if they want true 4G speeds, they would need to buy an additional 4G router and access the internet through the wi-fi connection.