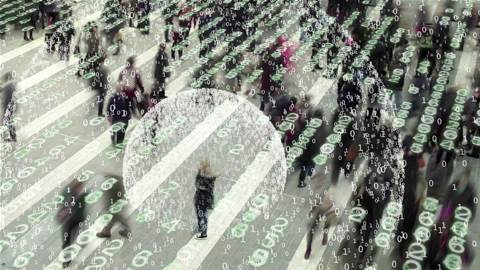 "Bulk personal datasets" could contain all recorded data on an individual.

Government spies in Britain appear to have conducted indiscriminate mass surveillance of citizens over the past 15 years, routinely requesting personal data from public and private organisations, official documents show.

In a statement, Privacy International's legal officer Mille Graham Wood said the disclosure shows the staggering extent to which the intelligence agencies hoover up our data.

The information collected can be used to build detailed profiles on "all of us", Wood said. The information could also in some cases be shared with overseas agencies, according to the released documents.

Privacy International said the documents - which were obtained under a court order - show that the surveillance goes "far beyond monitoring our text messages, email messages, and social media posts".

Spy agencies are able to collect confidential medical records, travel and financial information, commercial data and business activities, as well as information on ethnic/racial origin and religious affilation, with hundreds of millions of records being linked together and searchable.

Privileged communications between individuals and their lawyers, doctors and members of parliament, also appear to have been intercepted and captured by government spies.

These "bulk personal datasets" only came to light in March this year, and were unknown to parliamentary watchdog, the Intelligence and Security Committee, which is charged with oversight of Britain's spy agencies, according to Privacy International.

The legal justification for the bulk data collection, which started in 2001, is section 94 of the UK's Telecommunications Act of 1984. Privacy International argues the legislation never intended to enable mass surveillance of innocents in the digital age.

None of the agencies would confirm the volume of data collected, and would only say that the data sets are too large to be processed manually.

The UK parliament is currently debating the new Investigatory Powers Bill, nicknamed "Snooper's Charter", which if made law, would formalise the type of mass surveillance that government agencies have conducted in secret over the past decade and a half, Privacy International said.