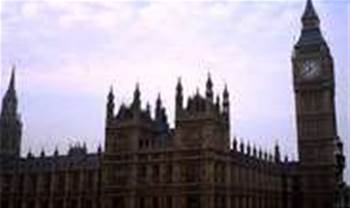 Is copyright licensing fit for purpose in the digital age?

The British Government is seeking evidence for an independent feasibility study into the potential creation of a digital copyright exchange (DCE).

The study, to be conducted in two phases, builds on the work of the Hargreaves review last May - recommendations from which reflect a new direction in copyright reforms for the country.

Phase one of the study targets copyright licensing issues raised in Hargreaves in further detail, while the second phase will examine and recommend potential solutions, including a DCE.

A DCE is envisaged to be a single searchable database of IP rights that will streamline the process of purchasing copyright materials including software, visual and digital media.

The Hargreaves Review summarised copyright licensing as expensive, difficult to use and access and insufficiently transparent.

The review also stated that licensing was siloed within individual media types - at a time where digital content was becoming more cross-media - and that it had become a victim to misaligned incentives between rights owners, managers and users.

This resulted in multiple challenges, Hargreaves asserted, including the stifling of new digital businesses and innovation, and less money being fed back to rights holders.

In looking to establish a DCE to resolve some of these challenges, copyright groups are asked to provide evidence from their markets and media types in support of or against the Hargreaves hypothesis.

"We need this feedback if we are to be in the best position to decide whether a Digital Copyright Exchange is a workable proposition," Wilcox said.

Evidence is due by February 10 with a report expected later this year.

Lawmakers need to use the evidence to shape copyright policy and not be swayed by ‘lobbynomics’, according to an intellectual property review commissioned by UK Prime Minister David Cameron.

“On copyright issues, lobbying on behalf of rights owners has been more persuasive to Ministers than economic impact assessments,” stated Hargreaves. [pdf]

The report cited Britain’s controversial Digital Economy Act 2010 as an example where politicians were subjected to “an extraordinary degree” of unhelpful lobbying.