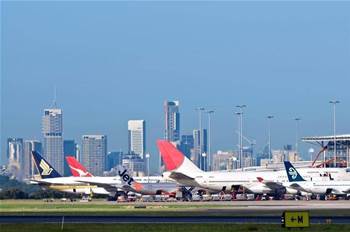 Under the covers of major cultural, tech transformation.

Brisbane Airport Corporation has embarked on a series of major projects designed to digitise its operations, with a web refresh, cloud migration, and cultural change program all on the agenda.

The “substantial program” of work is known as the “digital by default” strategy, and the goal is to embed digital thinking and action plans across all parts of the business.

“Digital by default is fundamentally about improving our digital acumen across the board,” head of ICT and business solutions Mansoor Karatela told iTnews.

“It’s recognising that there’s things we can do and technologies that can make our lives easier and make us as an organisation a lot more efficient and a lot more productive in how we engage [with passengers and customers].”

BAC’s approach to digital is, as Karatela puts it, “centralised leadership but decentralised capabilities”. It’s something of a departure from the way other enterprises have approached digital, where strategy and execution is overseen by a central business unit.

“I’ve tried not to build a central ivory tower around digital,” Karatela said.

“I think developing core capabilities and digital thinking within the lines of business (LOBs) is quite important for our success, rather than creating a shared service that has to engage [with them].

“I’m not saying [a digital shared service approach] couldn’t work but I think it could create the concept of an ivory tower. The engagement model of trying to force things down and pull things out [from the LOBs] can become quite difficult.”

Between five and seven capabilities have been identified across the business; “my team will take 1-2 and the business will take the others”, Karatela said.

“They become essentially the capability lead in those particular capabilities but overall leadership [of digital by default] is centralised,” he said.

“[I] provide the vision and direction, enabling those business-led digital capabilities and bringing them together in the individual sense, but also the collective enterprise sense.”

Karatela chairs a digital leadership group with the individual capability leads on a regular basis.

“Each capability will run that capability across the enterprise in their own way. They have some guidance coming in from the leadership group. They then bring into this leadership group what it is they’re working on [so we can] see initiatives that need to be combined or funding that needs to be split across the LOBs.”

It is still very early days for the model but Karatela believes it is the right way to achieve BAC’s digital ambitions.

“We’re really only six months in, but in the six months that we’ve trialled this it’s working fantastic,” he said. “Everyone’s on board.”

“It’s a different [way of] thinking [for us] but I think it’s quite exciting because it actually allows the business people to grow into that particular area [of digital domain expertise].

“It’s not the traditional approach but I think the business and especially some of the staff are very keen to jump on board and drive.”

Digital by default isn’t just decentralising the build of capabilities; it is also about embedding digital into strategies being executed at the lines of business level as well.

“I have told the entire business that we shouldn’t really be talking about digital strategy anymore because there was a lot of confusion,” Karatela said.

“Instead we should be talking about is digital action plans that support your business strategy.

“Your business strategy will have a number of action plans, one of which should be your digital action plan. You should also have a marketing action plan in the same sense as you have a commercial action plan.

“It’s almost trying to make digital a core part of a business strategy rather than just have a [standalone] digital strategy.”

One of the major projects under digital by default is a complete overhaul of BAC’s web properties.

The new website is powered by the Acquia platform – as-a-service technology for cloud hosting of websites underpinned by the Drupal 8 open source content management system.

“The website is a critical enabler to digital by default,” Karatela said. “It’s a key engagement tool with our passengers and customers, so it’s quite critical for us to get right in that respect.”

As well as wanting a site that could “do the usual stuff”, Karatela was also after something that supported a more rapid innovation model.

“What I mean by that is for us to very quickly move from getting an idea, from a concept stage right through to execution in some very small steps to essentially trial new concepts,” he said.

“If successful, we deploy and if not we abandon it and move on to the next idea.”

When the first release of the new site launches – most likely around early October – the biggest thing customers will notice is BAC’s “ability to change”, Karatela said.

“I think when we started off we realised that release one is a point in time and very quickly things can become redundant,” he said.

“We could wake up tomorrow to a new expectation from passengers or the need to supplement information, maybe related to airline security or some sort of similar change, so our ability to very quickly make change that is consistent across all of our online channels is a fundamental difference.”

Currently, making changes across BAC’s digital channels is time-consuming; each change has to be deployed four different times. The time window needed for major change is expected to be cut from months to weeks.

“We can simply build new products and services in the website and at the push of a button we should be able to publish this across our website and through any of the touchpoints, e.g. specific supplier portals which are subsets of the [main BAC] website.”

“We’ve just pushed the content development out to the business and to invested stakeholders that want to use this particular channel,” he said.

“They now are going to have a very seamless content management system whereby not only can they make changes to their own content but also generate small services, or add or remove different applets.

“Of course we’ll have some boundaries in there but it gives them more ownership of how they want to construct [their web presence].”

The Acquia platform is live and bedded down. Work has now begun training line of business stakeholders on how to populate the site with content.

The new website is hosted on a “fully redundant” AWS setup, which also plays host to other BAC systems.

BAC’s systems are currently split between its own data centre, a private cloud service hosted by iSeek, and public clouds run by AWS and Microsoft.

Karatela said the company has started to “break” some of its existing hosting arrangements with a view to hosting more systems in public cloud, particularly with AWS.

“Our strategy in terms of hosting is pretty much that our critical data that needs to stay stays internally at our internal data centre which we’re going to keep,” he said.

“Everything else that we feel is not that confidential we’re moving into the cloud. Our cloud partners at this point in time happen to be AWS, Microsoft and iSeek.

“Between the three we decide which offers value for money and is fit-for-purpose [for a particular workload].”

Karatela believes business and legislative requirements would ensure the future of the company’s own data centre, at least “for the next maybe 3-5 years”.

But the plan is to increase use of cloud services generally.

“I suspect we would end up probably breaching 70 percent for cloud by the end of FY18 with how things are going.

“But it is workload dependent. Our public [cloud] exposure is probably 25 percent and the rest is in private cloud.”