Brennan IT rolls out Arbor's Peakflow as SecureView service 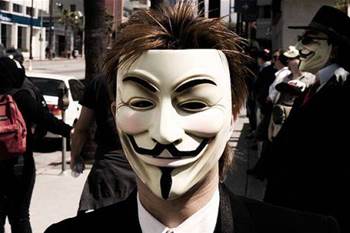 Anonymous was behind massive DDoS attacks on MasterCard, Visa and others.

White-labelled managed service to keep out the hacktivists.

Australian businesses will have the benefit of an international alliance to secure their private internet networks from the likes of Anonymous following the pairing of a local managed-services provider and US information security vendor.

Brennan IT has white-labelled Arbor Networks Peakflow X as SecureView, part of the Australian VAR's managed-services Private IP product. The partners said it made it easier for Australian organisations to monitor network traffic while identifying unusual or malicious activity.

They said PeakFlow X was especially suited to thwarting distributed denial-of-service, botnet armies and viruses because it identified malicious fingerprints while attacks were ramping up. In the past year attacks from the likes of the loose hacker collective Anonymous crippled companies such as Sony, MasterCard and Visa. In such attacks, a massive amount of data - often ping requests - were directed at a target system on the internet, such as a web server, from many PCs causing the afflicted host to be unable to respond to legitimate requests.

Arbor's website said it monitored the behaviour of more than 100 types of network applications and traffic such as voice over IP, peer-to-peer, web and secure web traffic.

"Quickly pinpoint the biggest threats on your network by calculating a risk index that identifies which hosts or users are involved in multiple activities," its website claimed. "In real time, view the actual user name of the IP address accessing your servers at that moment, along with a history of identity login/logoff times."

SecureView will alert users to phishing attacks  from fixed and mobile equipment, the latter of which tended to be more vulnerable, the partners said. And they said it enabled better management of peak network traffic and removed the causes of poor network performance owing to data leaks.

And it would monitor the threat from insiders, the companies said.

"This is especially useful in cloud computing as it gives an extra layer of security," said Uriah Jacobs, product manager at Brennan IT.

“Complete network visibility and measurability at a site level means obvious issues can be identified up front without having to drill down into detail, which is a quicker and more effective way to manage and resolve network issues.”

Arbor Networks was a finalist in this year's SC Magazine Awards presented at the AusCERT conference on the Gold Coast.

Got a news tip for our journalists? Share it with us anonymously here.
Copyright © CRN Australia. All rights reserved.
Tags:
arborbrennan ithacktivistpeakflowsecuritywhite labelwikileaks