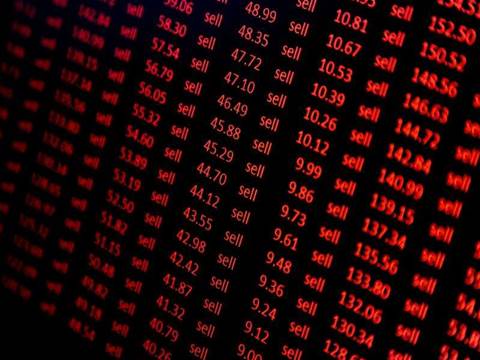 Brennan IT is likely to list on the Australian Stock Exchange or seek private equity investment within the next two years, according to CEO Dave Stevens.

Stevens, a 90 percent shareholder in the privately-held IT service provider (the remainder owned by fellow staff), said the company needs to recapitalise after investing in a cloud computing platform and paying cash for three consecutive acquisitions.

Brennan, which earned $12 million of new business wins in its last quarter, launched an infrastructure-as-a-service (IaaS) product in June 2009 and made a cash purchase for the assets of troubled peer S Central in November.

Stevens said that the focus of Brennan IT's service offerings has been to relieve customers of the capital expenditure requirements involved with buying, integrating and maintaining enterprise IT systems. Using IaaS, customers can replace these costs with an Opex-orientated monthly service bill.

"What that means is that our business is in fact quite capital-intensive," Stevens said. "For all the savings we provide customers, we actually have to spend that money ourselves on infrastructure. While it's not a one to one ratio, it is still fairly close."

Stevens said the options before him include going public through an IPO or  accepting an offer of a private sale or private equity investment.

"I don't think a private sale is a good thing," he said. "The interest [from private equity], on the other hand, is really strong. We aren't in discussions right now, but we know that there is an event like this somewhere in our future, and the multiples are bouncing back in the IT sector after being badly treated during the global financial crisis (GFC).

"We have enough access to capital to continue on our trajectory for the next couple of years. You always feel that holding on as long as we can is a better outcome for everyone," said Stevens.

Stevens said while revenues from those services attached directly to hardware slipped during the GFC, the "as-a-service" model is "booming".

Brennan IT has enjoyed strong growth in its WAN services (IP VPN or 'Private IP'), its IaaS play and a network backup and recovery solution.

Stephens said the IP VPN and IaaS services were very complementary for customers. "We would find it hard to sell one without the other," he said.

The backup service, meanwhile, is "massively popular" for those customers that "feel attached to their servers and still want to keep them on-site" without having the hassle of dealing with backup in-house.

Stevens said Brennan will have to build some new data centres to cope with the growth in these services over the coming years.

While Brennan's Brisbane data centre, completed two years ago, was built for high density computing, its Sydney data centre recently required a half-million dollar upgrade to step up to the new requirements of the latest server hardware.

"We could suck down as much power as we wanted, but the problem is, you've got to cool it," Stevens said. "The upgrade was really an air conditioning job."

Stevens admits that it "wasn't ideal" for Brennan IT to build a data centre on the 14th floor of an office building in Sydney's CBD.

"It's a real showcase, clients are always blown away," he said. "But it's an expensive place to have a data centre."

Stephens said Brennan IT will have to build another data centre in NSW in the near future, but "probably not right in the centre of the city."

But it also won't be in regional Australia, either.

"Customers still want to be able to drive to it," he said. "You still need skilled staff to be co-located with it.

"It's got to be Sydney metro - with infrastructure that can cope in terms of power. The further out from the city you get, the easier it gets with backup generators, air conditioning and the like."