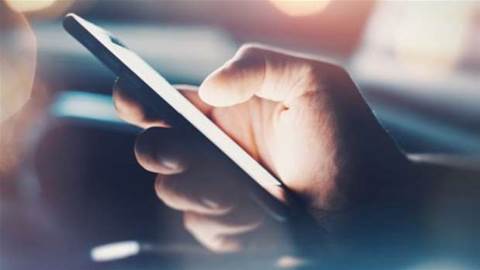 Attorney-General George Brandis has declined to table communications made through the WhatsApp messaging platform despite claiming the app is used only for trivial discussions with fellow ministers and government staffers.

It was revealed in senate estimates today that Brandis alongside Prime Minister Malcolm Turnbull, the PM's cyber security advisor Alastair MacGibbon, and other government ministers and staffers regularly use the encrypted instant messaging client for communications.

According to the Department of Prime Minister and Cabinet, based on advice from the Australian Signals Directorate, use of such platforms is allowed within government where the information being communicated is not classified or sensitive.

During estimates today, Labor senator Penny Wong raised concerns with the lack of oversight over use of the platform as well as potential difficulties with freedom of information (FOI) requests.

Prime Minister Malcolm Turnbull has long been known as a user of WhatsApp - first touting its capabilities last year - and his use of the platform was canvassed again in Fairfax papers last week.

The messaging app is also used by government ministers and staff - Attorney-General George Brandis today confirmed there was a specific WhatsApp group for cabinet ministers, while MacGibbon said he too used it to communicate with Turnbull and others in the government.

But despite this widespread use, the Department of Prime Minister and Cabinet has not looked into the issue given Turnbull has made "numerous public statements about the appropriate use" of the platform, the department said today.

"The prime minister has indicated he is well aware of what he can and can't use it for," DPMC deputy secretary Alan McKinnon said.

"Media articles have been published, that does not for our part establish that a concern has been raised," DPMC deputy secretary Elizabeth Kelly told the estimates committee.

"The PM has made his use of these apps extremely clear."

McKinnon argued that government staffers were made well aware of their obligations and restrictions in terms of communications as part of their security clearance process, which he said was regularly updated.

He said there was nothing to indicate a reminder of staffers' responsibilities with communications needed to be issued in light of the use of WhatsApp, arguing the department would be "chasing our tails" given "there is probably an app released a day".

Concerns were also raised about the availability of information communicated via the platform.

Brandis argued the FOI Act was platform neutral and any FOI request for WhatsApp communications would be dealt with "in the normal way".

He said there had "never ever ever" been an occasion where sensitive information or matters of national security had been discussed via the platform.

"The material on WhatsApp has been [nothing other] than of an extremely routine nature," Brandis said.

"[There is] nothing of public sensitivity [discussed on WhatsApp]."

However he refused to table a copy of communications undertaken in the cabinet WhatsApp group, declining to provide an explanation for his decision.

"So it's entirely unremarkable but you don't want it exposed to the public?" Wong said.

"Senator, it is entirely unremarkable," Brandis said. The Attorney-General did not respond to further questioning.

The DPMC was unable to detail how it would retrieve information stored on WhatsApp for an FOI request, taking the question on notice.