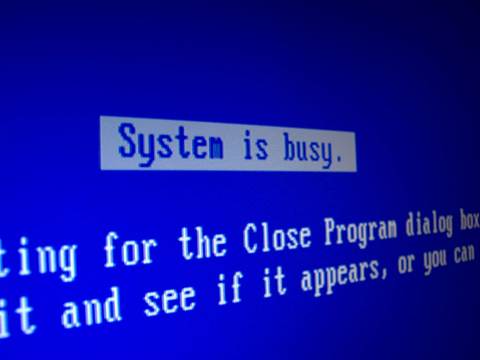 McAfee is scrambling to update its antivirus products after a recent update caused system crashes.

The update, known as 5958 DAT, was released early Wednesday and later removed following reports that the update was causing "blue screen of death" and DCOM errors in some Windows XP SP3 systems.

The issue occurs after the update is applied and a security scan is initiated.

The update can record a false positive report, alerting the user-of a non-existent infection from the W32/wecorl.a malware.

Following the report the system encounters an error and shuts down.

A story in the Sydney Morning Herald today revealed that the bug had caused some problems for supermarket chain Coles, among others.

After the crashes were reported, McAfee fixed the damaged DAT file and removed the offending components.

Systems which were updated after Wednesday morning US Pacific Time should not be subject to the error.

To remedy the issue on systems that have experienced the crash, McAfee has posted a new DAT file. The company is advising users and administrators to start up the damaged systems in Safe Mode and manually replace the offending DAT file and then restore any affected files from the quarantine folder.

Users can also remedy the issue by copying the svchost.exe application from an unaffected system and replacing it on the damaged system.