Boral Australia embarks on IT transformation 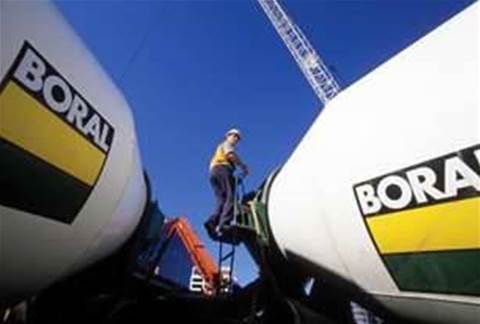 Boral Australia has embarked on a significant IT improvement strategy to reduce costs, improve scalability and build credibility with the broader Boral businesses.

The program of work is spearheaded by Boral Australia's chief information officer, Robert Gates, who took up the role in February after spending time as vice president of Lean Manufacturing in the group's US operations.

Although this is Gates' first pureplay IT role - his resume is otherwise heavily industrial operations-focused - he believes Boral's IT challenges are "no different" to any other transformation project.

"I've spent a lot of time in ERP [enterprise resource planning] systems in previous roles but I'm not a pure IT manager," he said.

Gates told iTnews he was already applying elements of Lean, Six Sigma and continuous improvement methodologies to the reshaping of the IT organisation, which is part of Boral Shared Business Services.

Boral is now in the midst of performing an end-to-end infrastructure assessment.

In the past, infrastructure was deployed as point solutions to satisfy the requirements of individual projects, leading to a siloed, highly customised and costly environment.

"Because of cost constraints, past IT solutions have been done in such a way that the point solution was the low cost solution if you looked at it in a narrow perspective, but when you broadened it out to the long term, the total cost of ownership was actually much larger," Gates said.

"Looking at our infrastructure from end-to-end as opposed to individual components has allowed us to now be in a better position to deliver a better service to our [internal] businesses."

Boral is also working with Oracle on a significant simplification of its ERP system, hoping to eliminate a quarter of total customisations made over the past decade.

"While the customisations that we've implemented over the past ten years have intended to give better service to the business, the multitude of those actually has had the opposite effect because it drives the costs up so high that we can't take advantage of some of the [newer] capabilities," Gates said.

"We're now looking at how we can mitigate some of that complexity and get it more to a vanilla ERP solution that drives the costs down and allows our businesses to get more functionality."

The high level of customisation inhibited deeper utilisation of the ERP system.

Some customisations made to benefit one part of the business created bottlenecks for other business areas. Other customisations were simply outdated - the problems they fixed were been rectified in newer versions of the ERP product.

"We've got a tremendous amount of collaboration with the Oracle team on understanding the impact of the customisations [and] to take them out where it makes sense," Gates said.

"We've partnered with them effectively over the past six months to better understand how we look for the right solution for both parties."

Gates said the aim of the project wasn't to eliminate 90 percent of customisations - only the "25 percent" that would give Boral maximum benefit.

"I'm looking at the analysis on my wall right now that shows how many customisations we have, which ones cause the most complexity, and which ones are causing the most production issues - which ones do we get the most calls on," he said.

"The real question is to be able to go back to the business and say, 'Here's where we can provide either better service, better speed, or a quicker response, if we can mitigate certain things' and then work with the business on adjusting the processes."

Perhaps unsurprisingly given his methodological background, he saw continuous improvement of ERP as a long-term focus.

"I think this approach should never end," Gates said.

"What I'm stressing in the next six months is that I'd like to see us get the 80/20 - what's the 80 percent benefit I can get from the 20 percent [of customisations removed].

"From that point on, I'd like to make sure that I've got a constant methodology that evaluates the impact of the customisations and understands what the alternatives are; and that systematically, we just continue to simplify.

"I think simplification has to be a mindset that carries on through the life of the ERP system, not something that is just an effort for the next six months."

While the technological aspects of Boral's transformation are significant, Gates is also focusing attention on the relationship between IT and the wider business, seeing the potential to improve stakeholder engagement.

"I've tried to really reposition us to be more customer service related," he said.

Gates is also cognisant of the need to internally communicate the benefits of the transformational program of works, particularly with continued business pressures to drive out costs.

"We need to do better in communicating how [our] complexity actually drives up costs," Gates said.

"What they need to understand is how is this going to put me in a position of more cost effective IT services in the future?"