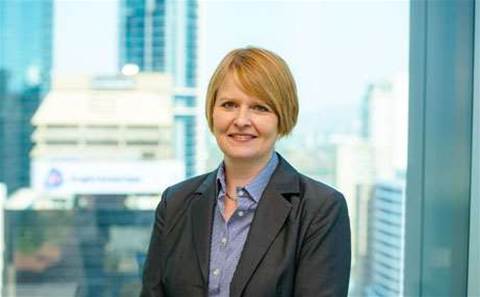 Bank of Queensland CIO Julie Bale will leave the organisation following a restructure which merged IT with operations and project teams under a new group executive.

The CIO title - which Bale has held for the past two and a half years at BoQ - will be retired as a result.

Donna Vinci, most recently the CIO for Insurance Australia Group (IAG), will be brought in by new BoQ CEO Jon Sutton to lead a combined 'enterprise solutions' group as its group executive.

Vinci will start in her new role on July 27 and report into Sutton.

She joins BoQ following a restructure at IAG last year, which merged two IT teams into one in an 'enterprise operations' group led by Alex Harrison, formerly the COO for IAG's Australia Direct business.

Vinci has a long history of technology executive roles in the financial services sector, including at Westpac, Citi and ANZ.

BoQ's Sutton said it made more sense to merge tech, operations and projects into one group given they already worked closely together.

"I'm delighted to welcome Donna to BoQ, especially given her breadth of experience in areas including operations and technology and her track record of delivering digital disruption and transformative projects for major financial services groups," he said in a statement.

Sutton thanked Bale for her efforts over the past two years.

"Julie has delivered a number of important improvements to the organisation, including the IT transition to our new state of the art Newstead headquarters and the end user computing program which has provided employees with far greater work flexibility," he said.

Alongside the more recent end-user computing and head office projects, Bale's legacy at the financial institution will be her role as a change agent following almost ten years of underinvestment in IT by the bank.

Bale was given the opportunity to make tough decisions relating to supply partnerships, systems, hiring and a longer-term strategy for IT.

She renegotiated a number of deals with long-term technology providers - including HP - to reap the organisation more value for money.

It ultimately cost the company $10 million but signalled how far regulator APRA was willing to budge on cloud solutions in the industry.

The future of a chief information officer role at IAG is unclear as the company works to create a new digital and IT strategy following the recent appointment of Peter Harmer as its new chief digital officer.

A replacement CIO would be expected to report into Harmer. Vinci as CIO reported into Alex Harrison, head of the enterprise operations group.

A spokesperson was unable to confirm whether Vinci's role would be directly replaced. The position is being filled while the organisation works out its approach.