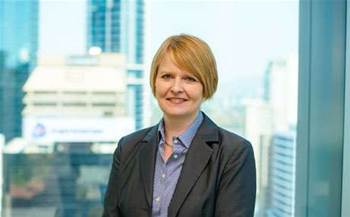 Bank of Queensland group chief information officer Julie Bale has pledged a dramatic reduction in the cost of delivering IT, primarily through a tougher negotiating stance with suppliers.

Bale, who joined the company in early 2013, has spent the last 12 months rebuilding the bank’s technology prowess after what she describes as “eight to ten years of underinvestment”.

The CIO told the FST Media Summit in Melbourne yesterday that during her tenure she intends to wind back the cost of IT to under 15 percent of the bank’s total operating costs, versus 25 percent today.

“[Running IT] at 25 percent of the bank’s operating cost is not acceptable,” she said.

Bale told the audience that the bulk of her ambitious cost reduction target could be achieved by negotiating with suppliers, several of which are in the running to win more business with the bank at the close of its decade-long IT outsourcing deal with HP Enterprise Services.

An unverified story in the Australian Financial Review named several vendors expected to be compteting for the work, but Bale remains tight-lipped as to who she will ultimately sign with.

Bale told the audience yesterday that while the bank is embracing multi-sourcing, it will choose only a small group of service providers with which it will do most of its business.

“There is a difference between vendors and partners - partners for me are an extension of the bank. Vendors have a part to play, but won’t offer the strategic value my [service provider] partners will.

“Partners share the outcomes and the risk. We will choose strategic partners - people we want to be intimately involved with. I don’t expect no more than 4-6 at the end of this journey.

"I’ve said to the leadership team: its not about cost, or even whether they are innovative. The key question is, can you seriously be married to these partners for next 5-10 years? It’s about whether we trust them and whether they trust us. That’s quite a different way of looking at things."