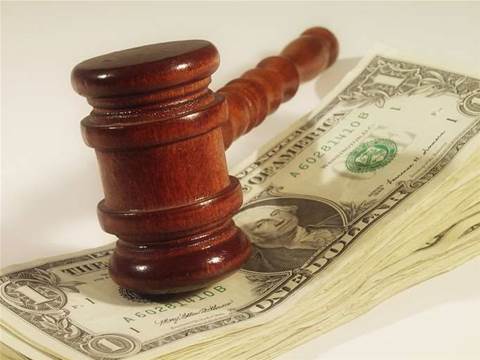 In a claim submitted to a US district court today, BMC said ServiceNow had used technology protected by more than seven BMC patents and hired former BMC sales and engineering staff to implement the technologies in ServiceNow's own product portfolio.

BMC said it had spent US$8 billon over the past 34 years on research and development for its IT management suite of products, and currently held around 300 approved and pending patents.

The company said ServiceNow owned no patents of its own, and claimed its rival's strategy had been to scrimp on R&D spend, and make short-term losses on its products in order to undercut BMC with a view to driving it out of business.

"Each significant aspect of ServiceNow’s business is built around infringement of BMC’s patents," BMC claimed in its lawsuit.

The company pointed to a May 2013 interview in which ServiceNow founder Fred Luddy said "good artists copy and great artists steal, and I've been a thief all my life" when asked about the 'secret sauce' behind ServiceNow's business, as further evidence for its argument.

BMC also highlighted public comments by ServiceNow CEO Frank Slootman in which he said ServiceNow's approach was to 'feed on BMC's carcass' and 'drive a truck right through' the future of rivals like BMC and HP.

BMC claimed it had been "irreparably harmed" by ServiceNow's alleged infringement and would continue to be harmed until its rival's actions were addressed.

"BMC has no adequate remedy at law to redress ServiceNow’s continuing acts of infringement. The hardships that would be imposed upon ServiceNow by an injunction are less than those faced by BMC should an injunction not issue."

ServiceNow began life offering software tools for managing IT support and other workflows, delivered as-as-service, and has since expanded into other business processes.