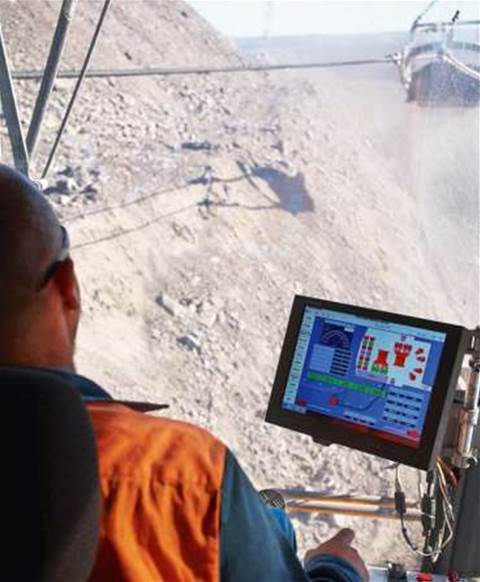 The BHP Billiton-Mitsubishi Alliance (BMA) is trialling a new system at its Peak Downs coal mine in Queensland that targets a fresh round of energy efficiency and productivity gains for its dragline operations.

The project is the latest in a string of initiatives stretching back to at least 2008 targeting energy consumption and productivity at BMA coal mines, particularly with respect to dragline fleets.

Draglines are used in surface mining to expose coal seams. A bucket is dragged horizontally across the ground to scoop up and remove the layer of earth, rock and dirt sitting on top of the seam - called 'overburden' or 'interburden' - depending on where it sits in relation to the seam or seams.

Peak Downs, at Moranbah in Queensland, has installed "interface screens" in the cabs of its seven draglines. The screens provide operators with "real-time feedback" on energy usage and the "operational effectiveness of the equipment", according to a brief note in BHP BIlliton's annual sustainability report.

Underpinning the screens is a system consisting of programmable logic controllers (PLCs) and a CitectSCADA platform, which is known to be in use at BMA sites for dragline monitoring.

The system aims to improve the technique of dragline operators in order to achieve productivity gains.

A BHP Billiton spokesperson told iTnews "to date the project has seen — on average — up to 3 percent energy saving for dragline operations, providing good operator technique is executed".

"It enables the operators to monitor their payload and lift the optimum amount of dirt – which results in quicker and more efficient dragline operations," the spokesperson said.

Another aim of the screens is to provide operators with "real-time feedback as to when certain motions (drag, hoist and swing) generate and export power back into the electricity grid", though the company did not elaborate on what the net effect of this was. Draglines are typically electrically-powered from the local grid.

The technology is still under trial at Peak Downs and a decision appears to not yet have been made on whether the new system can be rolled out to other draglines within BMA's portfolio. The company currently has a fleet of 32 draglines.