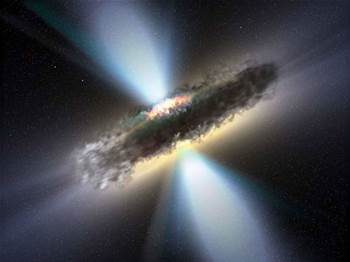 The BlackHole exploit kit has been updated with an exploit that targets an unpatched vulnerability in Microsoft XML Core Services.

The newly added malicious payload in BlackHole -- a crimeware application that exploit vulnerabilities to install malware -- targets a recently disclosed zero-day flaw in the service.

The defect (CVE-2012-1889) allowed remote attackers to execute malicious code on a user's computer if they view a specially crafted page using Internet Explorer. In early June, Microsoft admitted the security flaw actively was being exploited in the wild.

It is currently unpatched, although Microsoft has released a Fix-It tool in lieu of a patch. Exploit code for the vulnerability has already been added to the Metasploit penetration testing framework, making it available to anyone.

"As soon as we see exploit kits targeting new vulnerabilities, we can expect to see a lot more users getting infected – especially if the vulnerabilities are zero-days," Sophos principal virus researcher Fraser Howard.

He said he expected to see a "significant portion, if not all," of BlackHole sites to use the new version within days, and was surprised that hasn't happened yet.

BlackHole was one of the more popular crimeware kits and was used compromise legitimate sites, usually those running outdated versions of an off-the-shelf content management system or e-commerce application.

Visitors landing on the hacked site were redirected or hit with drive-by downloads. The kit often took advantage of vulnerabilities in Java, Adobe Reader or Flash, or Internet Explorer. WordPress blogs were commonly targeted.

This is the second major update for BlackHole in recent weeks. The developers previously added functionality to the kit to redirect users from compromised website to those serving malware.

Before the update, if the original site containing malware changed or was taken down, all the compromised sites needed to be manually modified to point to the new location.

With the update, the redirect is automated.

in lieu
Got a news tip for our journalists? Share it with us anonymously here.
Copyright © SC Magazine, US edition
Tags:
blackholemalwaremicrosoftsecurityxml