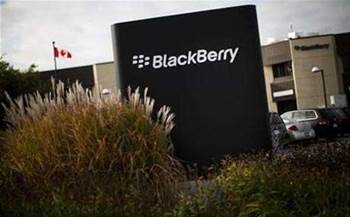 BlackBerry has suffered a network outage affecting users across the Asia Pacific and Canada.

The outage hit Canada's leading mobile network, the company notified customers yesterday. It said it had identified a potential cause and was working on a fix.

The issue did not appear to affect users of BlackBerry's new BlackBerry 10 operating system.

Canadianoutages.com, a website that collates customer complaints about various technology services including internet and wireless communications, showed a spike in complaints about BlackBerry starting early on Tuesday morning.

Its shares were up 1.6 percent by early afternoon in Nasdaq trade, but at just US$10.55 were far below historic peaks last seen several years ago.