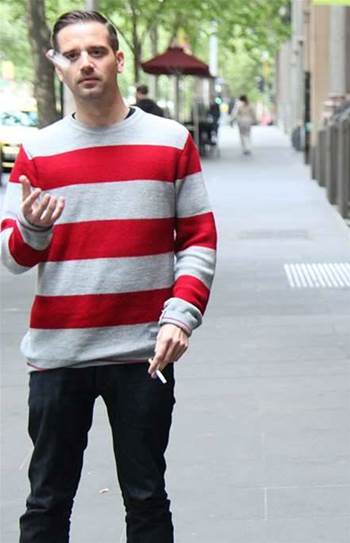 Barnaby Jack, the brilliant security researcher who died last week at 35, was remembered throughout the recently concluded Black Hat conference, where he had been scheduled to present on vulnerabilities in pacemakers.

Jack, the director of embedded device security for services firm IOActive, was memorialized during the show at both private and public gatherings.

During the time slot he was scheduled to speak, a session room was kept open where attendees could congregate to remember the researcher. As well, photos of Jack scrolled on two big screens.

Friends and peers recalled his genius-like abilities to uncover vulnerabilities and write exploits, as well as his penchant for partying and orchestrating antics across the globe.

Marc Maiffret, the CTO of BeyondTrust who worked with the New Zealand-born Jack at eEye Digital Security roughly 10 years ago, said he embodied the hacker spirit because he was "curious about everything." Most recently, Jack was focused on medical device research because he wanted to help save lives.

"He had this brilliant sense of life," said Maiffret, who authored a widely shared tribute to Jack on Facebook recently.

Aside from his friends and close colleagues, many who didn't really know Jack, but nonetheless were touched by his work, came out to the memorial session to pay their respects.

Josep Albors, chief communications officer of security firm ESET, said that Jack was such an inspiration and asset to the security community because he presented his research in a way that was compelling and engaging for everyone, no matter their technical skill level.

That made him better able to reach the mainstream public about the importance of his discoveries. He was a model for many.

"He was one of the biggest researchers," Albors said. "He was such an example for the research community, the way he presented,"

He may not have been a lover of the media, but Jack was an everyman, always welcoming of new people. Joaquin Rodriguez Varela, a malware lab coordinator at security firm ESET, recalled the only time he met Jack, at a speaker's party during the Ekoparty Security Conference in Buenos Aires.

Varela spent a few minutes picking Jack's brain about his ATM research, then Jack challenged him to a game of pool.

Maiffret recalled a story where Jack befriended a group of tourists in Prague and, sensing they weren't have a good time at one bar, encouraged everyone to go sing karaoke. Jack set the mood by performing an awful rendition of a Blink 182 song, Maiffret recalled, and soon these "total strangers" were having the time of their lives.

"His legacy is not going to die with this," Varela said.

Jack was honored with a posthumous lifetime achievement award at the annual Pwnie Awards, held during Black Hat.

Got a news tip for our journalists? Share it with us anonymously here.
Copyright © SC Magazine, US edition
Tags:
barnaby jackblack hatsecurity