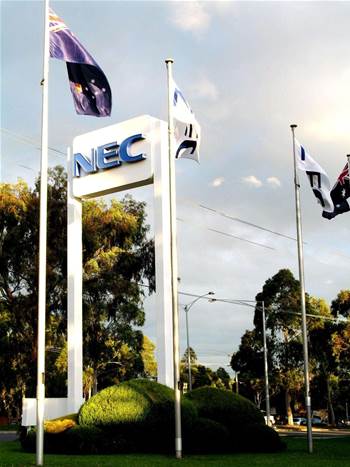 NEC has announced it will retrench 153 positions from its facility in Mulgrave, Melbourne - the second international vendor to dramatically reduce its Melbourne R&D investments in a single day.

CA announced yesterday morning it would offer redundancies to 31 staff from its Melbourne-based research and development facility.

NEC will retrench 153 Australian staff, 101 of which were R&D staff employed to develop next generation (LTE/4G) handset technology for the Japanese market.

NEC claims these R&D operations will be re-absorbed into its Japanese operations.

"It is regrettable that we are being forced to make these retrenchments in Australia as part of this move and it has been a difficult decision," said NEC local managing director, Wataru Takeuchi.

"It's a sad loss of some really good people," he lamented.

Norton said he takes some comfort in the fact that NEC is releasing people into the local market with skills around next-generation mobile technology, skills which are likely to be in high demand as telecommunications carriers progress toward 4G.

"Long Term Evolution (LTE) is a very exciting area of technology," he said.

"At least we have the knowledge and understanding that because these guys - these good guys, these smart guys - were focused on future technologies, they hopefully will find good opportunities outside of NEC Australia."

Post the restructure, NEC will still employ some 820 staff in Australia, around 130 of which are in research and development roles.

"The upshot is, NEC's R&D in Australia will now be focused on Australian customers," Norton said.

The company said the restructure will align its research and development operations with four core business units.

NEC will keep open its Australian R&D centre for broadband access and said it remains committed to "providing innovation" to Australia.