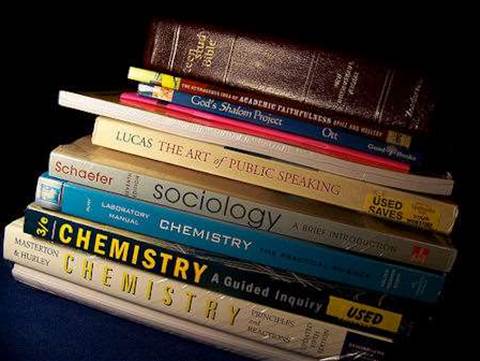 Four big book publishers are taking legal action against the Internet Archive, alleging the open information activists are operating "one of the largest known book pirate sites in the world".

The four publishers are Hachette Book Group, HarperCollins Publishers, John Wiley & Sons, and Penguin Random House, and they have asked a New York district court to stop the Internet Archive from scanning, displaying in public and distributing entire books.

The publishers accused Internet Archive of contravening the United States Copyright Act, and of not investing in creating the books it distributes as part of the Open Library it runs.

Open Library has currently over two million protected e-books that readers can take out on loan for free, based on the American first-sale doctrine legal notion that allows purchasers of copyrighted works to onsell and distribute them without authorisation from rights holders.

Internet Archive founder Brewster Kahle said his organisation was disappointed by the lawsuit.

"As a library, the Internet Archive acquires books and lends them, as libraries have always done," Kahle said in a statement.

"This supports publishing, authors and readers. Publishers suing libraries for lending books, in this case protected digitised versions, and while schools and libraries are closed, is not in anyone’s interest."

The publishers contend there are no provisions under copyright law, including the first-sale doctrine or fair use, that support the Internet Archive's lending library.

“Today’s complaint illustrates that Internet Archive is conducting and promoting copyright infringement on a massive scale," the chief executive of the Association of American Publishers, Maria Pallante, claimed.

"In scanning and distributing literary works to which it has no legal or contractual rights, IA deliberately misappropriates the intellectual and financial investments of authors and publishers and brazenly ignores the copyright law that [the US] Congress enacted."

Recently, the US Authors' Guild organisation has published an open letter, demanding that the Internet Archive closes down the National Emergency Library, which is a temporary collection of books for remote teaching and research while educational institutions, training centres and libraries are closed.

The free National Emergency Library currently has over 1.3 million texts, which the Authors' Guild says are made available illegally as unauthorised copies.

Originally intended to archive the World Wide Web, the Internet Archive was set up by Brewster Kahle in 1996.

In 1999, the Internet Archive started digitising book collections, and has since added 78 rpm phonographic discs, including Boston Public Library's collection of some 50,000 tracks.

Political television advertisements from the 2016 US elections are also archived by the organisation, and fact-checked with comment from reporters.