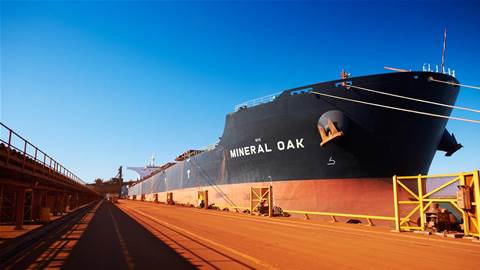 Global resources giant BHP has moved decisively to pivot its business operations and strategy towards being the leading technology developer in its sector after it made key senior management appointments to execute its automation and data-led transformation.

The Big Australian on Thursday spelled out the pivot to investors and analysts, elevating insider Johnathon Price to the new executive leadership team position of chief transformation officer, a move up from his previous position as director of transformation.

The promotion was bookended by a similar elevation of Laura Tyler to become chief geoscientist, moves BHP chief executive Andrew Mackenzie stressed cemented the role of tech and science as the leading edge of the company’s strategy and operations.

“These management changes are an important step as we plan for the future of BHP,” Mackenzie said.

“The elevation of geoscience and transformation to the executive leadership team demonstrates the determination we have to advance the best science, technology and people to make our operations safer and more productive.”

While BHP’s current chief technology officer Diane Jurgens stays put on the leadership team, Mackenzie and BHP’s accompanying documentation make it plain the miner is rapidly diversifying into applied technologies, especially around energy and materials, to de-risk bolster its stability.

A week ago the company’s half-year results conspicuously listed technology, decarbonisation and electrification as long term fundamentals in its guidance to investors, a shift that will rely heavily on both research and development and internal tech execution capability.

Perhaps the strongest indicator that the miner is repurposing the playbook of some software companies is how it described the objective of its transformation push, listing a “BHP Operating System” under the culture and capabilities segment of its new strategic framework.

Other notable highlights included an automation push across BHP’s value chain that it said will drive a “step change in safety, volume and cost.”

BHP was the second Australian blue chip to announce the addition of a chief transformation officer to its executive team, with ANZ appoint its digital bank head Maile Carnegie as its major change instigator.