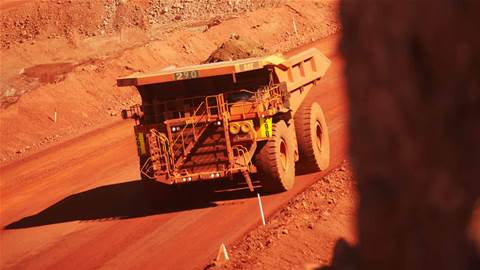 BHP is applying data science to understand how it services machines located across its mines, in the hope of saving $79 million this financial year alone.

The miner revealed plans late last year to set up a maintenance centre of excellence (MCoE) based out of Brisbane.

The MCoE will standardise maintenance systems and processes for BHP’s worldwide operations, replacing the previous model of having 40 different maintenance organisations globally, each with its own way of working.

One of the keys to the MCoE model is its reliance on data science techniques, such as machine learning, to understand how maintenance is performed at each site and where improvements can be made.

Like other projects since BHP relaunched its technology function at the start of this year, the idea with the MCoE is to create repeatable processes for its business operations across the world.

“We’ve gone to great lengths through both internal and external benchmarking to deeply understand what has held us back from achieving our maintenance ambition in the past, so that we can ensure our success in the future,” maintenance vice president Brandon Craig said.

BHP laid out the first details of a five-year timetable for when it plans to apply its new maintenance methodologies to different fleet types.

It is focusing on the “highest value opportunities” first, which for BHP have been improvements to the Caterpillar 793F haul trucks - a fixture at its Western Australian iron ore mines but also in use across its worldwide operations.

Analytics of engine performance in its global 793F fleet turned up “a large degree of variance” between mines in how long engine components lasted before they needed to be replaced.

“The longer the life of equipment and its components, the less time we are physically working on them and the less money we are ultimately spending,” Craig said.

“By analysing what is causing these differences we can put in place solutions that lift the lowest performers to match the top performers, and in fact beat them.

“Our new data science techniques and increasing automation of reliability engineering has largely solved what has historically been a very human-intensive process and one that has slowed us down tremendously. This is a fundamentally new capability and new toolset for BHP.

“As a result we can now do in one day what would previously have taken us weeks, and importantly it is also creating fresh insights into understanding all of our sources of loss.”

BHP said it had created machine learning algorithms to analyse component failure history and to analyse the wear on engine components in real-time, enabling it to “better predict failures” and to plan maintenance further in advance, with greater degrees of accuracy.

Craig revealed early results of 793F maintenance improvements at its Yandi mine in the Pilbara.

“We analysed in great detail the total set of data we have available,and from these insights we created new maintenance strategies to optimise safety, cost and performance, but not only for the trucks - we worked on the entire end-to-end maintenance and supply chain system that supports these trucks,” he said.

The accuracy of maintenance planning for the trucks at Yandi had improved significantly: “from only 10 percent of jobs planned more than two weeks in advance being accurate to 85 percent”.

BHP also managed to reduce instances of parts not being available when trucks needed maintenance.

The project had generated $5.5 million in cost savings at Yandi in FY17, and truck availability for work at the mine was “well ahead of 90 percent”.

Aside from optimising how it maintains its global 793F fleet, BHP has also applied its MCoE capabilities to its Leibherr T282 trucks. The biggest user of these is the company’s NSW ‘energy coal’ operations in the Hunter Valley, which supplies coal to energy producers.

At these operations, Craig said the mean time between failures of the fleet had improved “from 36 hours to 53 hours”.

The third fleet type to have its maintenance optimised is the Caterpillar dozers.

In all three instances, BHP is set to achieve cost savings in the millions of dollars for FY18.

The company is now beginning optimisation works for a range of shovels and processing plants worldwide.

“We expect the performance improvement we have delivered to date to continue across the remaining fleet, equipment and processes,” Craig said.

Overall, the MCoE is expected to have a “significant impact on safety, volume, cost and maintenance capital performance” across BHP’s worldwide operations.

“We expect to unlock more 3.5 percentage points in [fleet] availability which we believe will translate to an additional eight million tons of iron ore, two million tons of coal and 45,000 tons of copper,” Craig said.

“Further we are targeting to deliver $700 million per annum in recurring cost savings.”

These numbers are made possible by the scale of BHP’s maintenance operations: the company spends $3.5 billion each year on maintenance work, "and this number is closer to $5 billion when you include sustaining capital", Craig said.

"So overall this direct spend is approximately one-third of the group’s operational expenditure," he said.

“We have 10,000 people directly employed in maintenance across the group and when we factor in contractors this is closer to one-third of our total workforce of 60,000 people.

“With over 3000 units of fleet and over 1.7 million [maintenance] jobs done each year we have a significant opportunity to leverage our scale through increased standardisation of work to pursue far greater fleet standardisation and to improve faster through greater task repetition.”