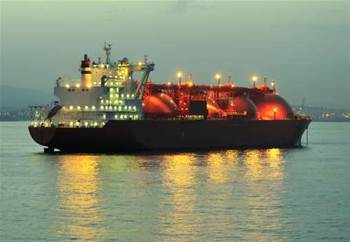 Liquefied natural gas giant BG Group has set up a centralised planning capability for up to 600 staff in over 20 countries to aid business forecasting.

Although its globally distributed business units, such as QGC, had some level of autonomy from British head office, BG Group kept a tight rein on enterprise data, global head of IT strategy and security, Christine Ashton, told SAP's SapphireNow conference in Madrid last week.

"Even though we're a federated business i.e. our business units have a fair degree of autonomy, in terms of data we're very centralised and quite controlling in that sense," she said.

"We like to have everything in one place, all the way, 'soup to nuts' as they say, where we can all have a shared view and a shared picture of what's going on."

"Planning is obviously [important] to lots of companies but it's even more important to companies like big oil and gas companies, not just because of the amounts of money involved, but ... partly also due to the amount of risk involved," she said.

Ashton said another BG Group USP was its "ability to identify a field or a prospect, to move in quickly, develop it and move out again".

BG Group uses reservoir, drawdown and other "very complicated mathematical models" and associated scenarios "to work out how our ... oil fields or gas fields are going to perform over 20 years".

These are housed in "continually updated" Excel spreadsheets and generate a large volume of data inputs for planning purposes.

That data is combined with other sources — such as from the firm's ERP system  — into a data warehouse underpinned by SAP NetWeaver software, which feeds the planning system. (pdf)

Ashton estimates forecasts are modelled on up to 60 million records and are made possible in part by large transfers of data to and from the source data systems.

The software underpinning the planning system was rolled out in a "big bang"-style implementation to BG Group's global operations, within a tight six-month window.

The firm currently creates forecasts in February and September each year, meaning any implementation "that was going to be used for a forecast" had to be completed within "either a February-to-September window or a September-to-February window".

Although it is yet to do so, BG Group hopes to increase the frequency of its planning and forecasting cycle, in part to mitigate against the uncertainty gripping the oil and gas and resources industries.

"I think we're all in the same world at the moment," Ashton said.

"If you're a big global company, one of the things you really do need to understand is where are the best places for doing business.

"Where do I need to think about in terms of buying things from and exporting things to?"

She added: "The less approximations we can make in activities like planning, the better the outcome and therefore the better the end result in terms of the risk and probabilities of the forecasts."

Ashton said the SAP BPC system had taken "some of the day-to-day angst in terms of ... the mechanics of planning" out of the organisation, helping the firm raise the capability of staff and give them more time to perform "better planning" works.