Betting the bank on quantum computing 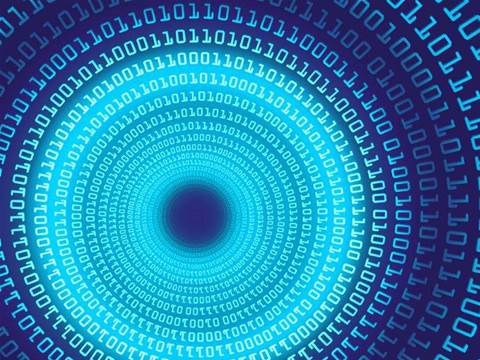 Mike Lazaridis, founder and former CEO of BlackBerry, may be forgiven for not having the foresight of recognising the threat that the iPhone and Android smartphones would pose to his business.

However, he may be leading the way in another area by backing a future technology that could revolutionise computing.

Since 1999, Lazaridis has invested $270 million in the Institute of Quantum Computing at the University of Waterloo in the hope that this would lead to the commercialisation of quantum computers and quantum technologies.

Lazaridis is not alone in investing in quantum computing in Waterloo. A further $490 million has been invested by the Canadian Government as well as the state of Ontario, and including $100 million from the University of Waterloo itself.

As futuristic as this sounds, Lazaridis and Canada are not alone in believing that quantum computing is an area worth investing in. Google and Lockheed Martin have each bought a multi-million dollar quantum computer from D-Wave which claims to be a 512-qubit machine.

The Hebrew University of Jerusalem has recently assembled 20 inter-disciplinary academics in a Quantum Information Science Center to explore the opportunities that quantum computing will present.

Conventional computing’s progress is slowing down as it becomes increasingly difficult to cram more circuitry onto silicon chips. While processors have followed Moore’s Law for some time, roughly doubling in capacity each year, that progress has slowed and will continue to slow.

For the computing industry generally, mobile has become more important and CPUs are generally considered fast enough. The engineering challenge is to produce processors that consume less power.

At the high end, computing also takes huge amounts of resource as supercomputer tasks produce their massive computational capability by scaling out, adding more and more processors to the task.

This approach also has its limits and in part it comes back to a limit on resources and power. Quantum computing offers a way of circumventing these problems and capable of providing processing power that is simply not possible through conventional means.

For this to happen however, you need to be able to build quantum computers. This is something that is still challenging the best minds. For a start, there are a variety of different ways in which the fundamental component of a quantum computer — the qubit — can be physically represented.

Each approach has its advantages and disadvantages. Researchers at UNSW for example have implemented this using the spin of electrons in a phosphorous atom embedded in silicon.

The area becomes even more esoteric when you consider that qubits can interact with each other or become ”entangled”, and this allows for implementation of types of calculation that are not possible on conventional computers.

In the case of the company D-Wave, their claims to have built a quantum computer were treated with extreme scepticism when they first announced their computer in 2007. It took researchers five years to provide evidence that the computer was in fact operating at the quantum level and for some of that scepticism to abate.

The computers cost in the region of $10 million or more each and so, if nothing else, this is a fundamental marketing problem that they need to resolve if other customers are going to buy into the technology.

The need for this technology is clearly there. As we process ever-increasing amounts of data and rely on artificial intelligence and sophisticated algorithms to make sense of it, we will need to have the computing resources to do this with.

This not only has applications in scientific and medical research, but in everyday businesses that have to deal with their own version of Big Data.

Initially, the range of customers for quantum computing systems will largely overlap with those using high performance computers. With technologies that enable the currently impossible, it often takes their general availability to really develop the range of products and devices this technology will eventually end up making possible.

The area of research in quantum computing is a really clear example of where seemingly rarefied research has direct potential impact not only on science but on society and industry as a whole.

The marker for this is the willingness of venture capital to invest in technologies that are still barely off the research bench. Despite Mike Laziridis claiming that his investments are largely philanthropic, for him and others, the potential upside is huge.

This article was written with assistance from Professor Jingbo Wang of the quantum dynamics and computation research group at UWA.