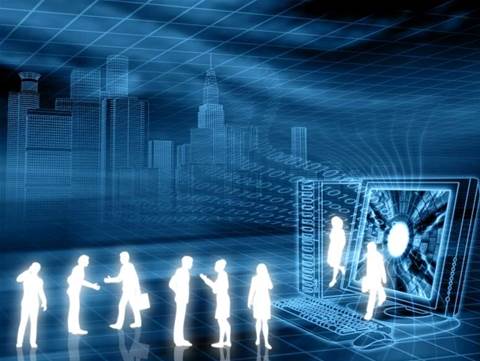 Google may have to stand aside as the next wave of web technologies sweeps in, according to Sir Tim Berners-Lee..

Sir Tim told The Times Online that Google's achievement in making the internet more easily navigable could be dwarfed by the "web of the future".

The man who developed the World Wide Web in 1989 predicted that the Google of the future will be a "mega-mash-up" where web-based connectivity is built into every piece of data.

"In the semantic web, it's like every piece of data is given a longitude and latitude on a map, and anyone can 'mash' them together and use them for different things," said Sir Tim.

"Imagine if two completely separate things - your bank statements and your calendar - spoke the same language and could share information with one another.

"You could drag one on top of the other and a whole bunch of dots would appear showing you when you spent your money.

"If you still weren't sure of where you were when you made a particular transaction, you could then drag your photo album on top of the calendar, and be reminded that you used your credit card at the same time you were taking pictures of your kids at a theme park. So you would know not to claim it as a tax deduction."

Social networking sites such as Facebook and MySpace could also become just one of a kind as a multiplicity of networks become available.

"At the moment, people are very excited about all these connections being made between people - for obvious reasons, because people are important," said Sir Tim.

"But I think after a while people will realise that there are many other things you can connect to via the web."
Got a news tip for our journalists? Share it with us anonymously here.
Copyright ©v3.co.uk
Tags:
bernerslee calls google networking on time