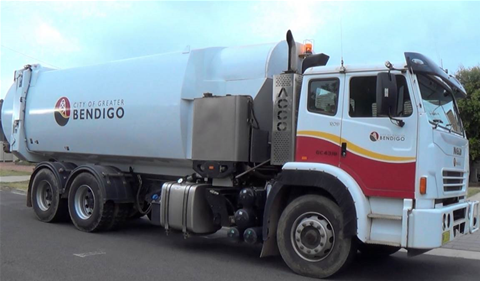 The City of Greater Bendigo is using garbage trucks to measure the signal strength of a new free IoT network being set up in the city.

The Bendigo Internet of Things network is a trial between the council and La Trobe University that will see open source gateways deployed at several locations around the city.

“The project will enable anyone in the local community to connect to the IoT [network] to gather their own data,” the city said.

It was revealed this week that two gateways have been installed so far, “one on the top of the La Trobe University Campus in Bendigo and another on top of Bendigo’s premier 1000 seat Ulumbarra Theatre.”

City of Greater Bendigo innovation officer Chris Rowlands and SGS Economics and Planning consultant Claire Daniel wrote in a Smart Cities Council publication that garbage trucks would be used to test the network while they were out on regular duties.

“Garbage trucks visit almost every street once a week across the city and most of these streets they go down twice (once for each side of the street),” Rowlands and Daniel wrote.

“Four City of Greater Bendigo garbage trucks equipped with mappers have been collecting data on the coverage and signal strength of the network for about two weeks.

“This is allowing the City and La Trobe to identify where additional coverage is required and where sensors can already be placed.”

Rowlands and Daniel also predicted that more sensors could be added to garbage trucks.

“In the future, they could be collecting even more information about road surface, air quality or other environmental information, all the while, still collecting your garbage,” they said.