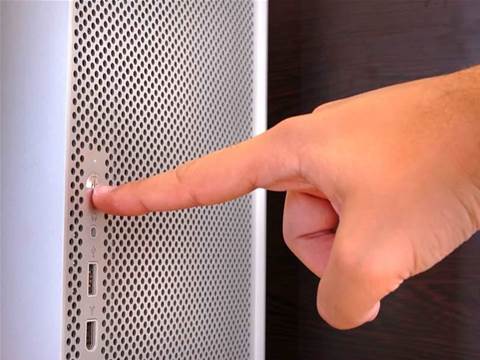 The Bendigo and Adelaide Bank has credited new desktop power management software for shaving more than $41,000 off its power bill in the four months to January 2012.

In September, the bank scrapped its policy of leaving its 6000 desktops on at all times so that they may receive retail banking system updates, be patched or updated overnight.

According to the bank’s systems management specialist Nathan Miller, the desktops and a fleet of 1000 laptops – including those of absent staff – were active for an average of only three hours each day.

The machines were idle for about 17 hours, including six hours that the bank deemed better spent in a power-off state.

Under phase one of the power management project, Miller’s team used IBM’s Tivoli Endpoint Manager to automatically shut down all desktops in idle or standby mode from 6pm to 8am the following day.

Technology staff configured Tivoli’s wake-on-WAN functionality to remotely boot up all machines between 11pm and 2am for patching or updates.

Miller planned to fine-tune the patching timeframe and account for reduced operating hours on the weekends in future phases of the project over the next six months.

So far, he said the project had reduced the Bendigo and Adelaide Bank’s desktop power usage by 25 percent and its power bill by $41,280.

By not using some 250,200 kWh of energy, Miller said the bank had avoided some 546 tonnes of carbon emissions – especially useful in light of the Government’s plan to introduce a carbon tax this July.

Based on current power management settings, the bank expected to shave $175,000 off its power bill within 12 months and avoid 2190 tonnes of carbon emissions.

The Bendigo and Adelaide Bank’s project was sparked by its Environmental Working Group’s July 2011 plan to reduce its environmental footprint, measure and report its progress.

At the time, Miller’s team was deploying Tivoli Endpoint Manager for patch management.

“[The Working Group] approached us and asked what we could contribute,” Miller recalled.

“We already had the infrastructure stood up and the endpoints deployed, so for us it was just a matter of activating the power management module and subscribing the desktops to it.”

But there were a number of technical challenges.

The configuration of the bank’s network settings initially blocked the transmission of wake-on-WAN packets.

This was overcome using Tivoli’s “Last Man Standing” feature, under which at least one computer in each subnet resisted shutdowns, remaining online to serve as a wake-on-WAN forwarder to its peers.

Another challenge stemmed from the organisation’s use of a Windows XP standard operating environment, which Miller said suffered from “PC narcolepsy”.

“When a Windows XP machine goes into standby and is woken using wake-on-WAN technology or something similar, the computer doesn’t actually reset its idle time so it only stays awake for another two minutes before it goes to sleep again,” he explained.

The bank is currently testing Windows 7 on “a handful of machines”, but has yet to kick off a wider rollout.

In the absence of the upgraded operating system, Miller’s team disabled standby mode for phase one of the power management project.

Later phases will include an application that the bank spent a week developing, which detects when a computer is being woken from standby mode and “mimics user interaction” to reset its idle time.

Miller’s presentation at the IBM Pulse Conference in Las Vegas this week differed from one by Stanford University system administrator Stacy Lee, who used Tivoli to manage the university’s 45,000 machines.

Its power management program began in 2004, and now includes applications for users to change their settings or boot up their computers remotely, in order to work from home.

Miller said the Bendigo and Adelaide Bank’s project was well received by staff, who offered positive feedback instead of pushing back against the change.

“We opened a new mailbox so [users] wouldn’t be pestering the helpdesk,” he told iTnews. “Most of the stuff that came back was really positive feedback, saying they thought the bank should have done it earlier.

“A desktop power management strategy doesn’t have to be complicated to get results,” Miller said.

Liz Tay attended IBM Pulse in Las Vegas as a guest of IBM.