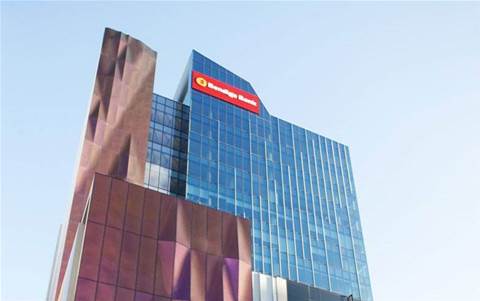 Bendigo and Adelaide Bank is expecting a smoother journey to open banking courtesy of foundational work over several years to digitise its operations.

The bank has spent the past three years revamping its development and test processes, creating reusable code components that can be used to quickly build new applications.

It has also adopted IBM cloud (formerly SoftLayer); it runs its “own isolated, protected version of Cloud Foundry” for platform-as-a-service capabilities, which is hosted in an Australian IBM data centre.

It has also taken up a number of IBM Bluemix services, including API Connect as well as security and access management services.

The bank’s lead engineer for strategy, design and engineering, Ash Austin, told IBM’s Think 2018 summit in Sydney that the work meant Bendigo and Adelaide Bank was well placed for the arrival of open banking in mid-2019.

Under open banking, customers will have more control over their finance data and be able to authorise that it be shared with other institutions or third parties, such as fintechs.

“We’ve got APIs, we’ve been working through with IBM how we’re going to do OAuth and federated identity.

“We’ve also been looking at what it’s going to mean to a customer that wants to access their data, and how to share [that data in a] business-to-business [fashion] with other environments.

“We’ve done our testing. We know what we need to do so when it comes time to do it we’ll just keep working towards the end goal.”

OAuth is the authorisation protocol used as part of the UK’s version of open banking, upon which the Australian version is set to be modelled.

The security of data exchange under open banking is already an issue that is being hard-fought, particularly by the ‘big four’.

Austin said that open banking had the potential to involve a lot of heavy-lifting in order for institutions to be able to comply with it.

“There’s a real opportunity for everyone to overbake it and have it be the next major project that everybody struggles to deliver,” he said.

“In putting together what we’ve coined our digital platform, security, APIs and the ability to develop and deliver things and break down those components and do things small to get them out the door have been key components.

“We realised that if we didn’t put those pieces in place, open banking … is going to be an absolute nightmare.

“We’ve been through a couple of those big projects in banking already - the national payment platform being the most recent one.

“They’re such long-running, big pieces of work that we’ve had to do that we needed to do differently.”

Austin said that Bendigo and Adelaide Bank’s shift into IBM cloud had been done in close collaboration with financial auditors.

He flagged an expansion of workloads in the cloud as comfort levels with the arrangement had improved.

“We were IBM’s first Bluemix dedicated customer so we had our own isolated, protected version of Cloud Foundry in the SoftLayer data centre,” he said.

“We’ve worked through with [our auditors] to get that to a place where we can run production workloads in there.

“We’ve now got two instances so we can do load balancing across the two, and we’re starting to expand the services out on that to consuming bare metal and VSIs in Softlayer, Kubernetes and those sorts of things.

“We just certified [a] small bit first, and then we’re growing it out because to try and get the whole lot certified [at once] wasn’t really going to happen.”

Austin said that Bendigo and Adelaide Bank’s transformation began three years ago, though his team was essentially given just three months initially to begin to change - and to prove their plan would work.

“The bank decided to foster an internal group, where they handpicked a few people, and they put us in a little [meeting] room we called the ‘stinky room’, gave us some new tools and a new way of thinking, and said ‘we actually don’t care what you do, you’ve got three months’.”

That led to adoption of IBM’s Bluemix to make it easier for the bank to develop cloud-native applications and tools.

Austin initially targeted efforts within the bank in what he called “underserviced” areas: parts that could use some attention from IT, and in return were willing to chip in some funds to keep the transformation effort going.

“We’re a large enough organisation that not everything can be worked on,” Austin said.

“It was quite easy for us to identify groups within the organisation that were underserviced.

“We just went out and said ‘this is what we’re doing. Can we do something for you?’

“It was just that beg-borrow type of mentality.”

The strategy began to pay off.

“Once we had had so much success, everyone started knocking down our door,” Austin said.

“That was the catalyst for change at Bendigo and Adelaide Bank.”

The success of that initial work gave Austin’s team the licence to continue the digital transformation to where it is today.

“We set ourselves a bit of a mission and rolled through [with the project],” he said.

“What we didn’t realise at the time is that we started doing agile.

“We failed all the time. But what we did learn was we were able to learn things, develop and achieve outcomes a different way.”

Edited, June 5 2018: Bendigo and Adelaide Bank advised that the shift into IBM cloud had been done in close collaboration with its "auditors", not with "regulators" as it had said at the conference. The article has been amended to reflect this.