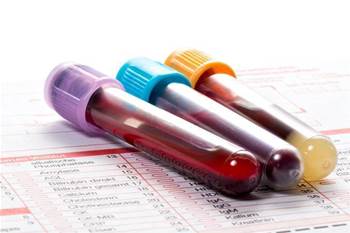 The National Blood Authority, who coordinates the management and delivery of Australia’s blood supply, has overhauled the BloodNet platform underpinning its lifesaving work.

Work to modernise BloodNet4 began in late 2016, with an aim to reduce millions of dollars of wasted blood and making it easier, more efficient and cost-effective for healthcare professionals to order blood and blood products.

The logistics behind BloodNet are complex - different blood components like platelets, plasma and red blood cells have differing shelf lives, and it can take donations from four separate people to provide one transfusion of platelets that must be used within five days.

Over 10,00 users in hospitals and laboratories across Australia rely on NBA’s platform, and more than 1.6 million orders have been processed since BloodNet’s inception.

NBA visited 39 hospitals and talked to 138 BloodNet users to deliver user-centric, iterative updates, with wastage identified as one of the primary concerns.

A lack of visibility into the national supply of blood was also problematic both from an operational perspective and also impacted on the quality of the data that could be used to inform national healthcare policy.

User-interface upgrades streamline the ordering process, saving time for both the NBA and lab or hospital-based users while also being mobile responsive and supported by a wider range of browsers and devices.

Further efficiencies have been achieved through automated processing an data capture.

BloodNet5 has been well received, with 97 percent of eligible users now on the platform.

ROI is already impressive, with the $3.2 million project set to save $14.6 million in wasted blood products this financial year alone.

And while the overhaul was delivered on-time and on-budget, the NBA will continue to improve and manage the platform to deliver incremental improvements based on users’ feedback.