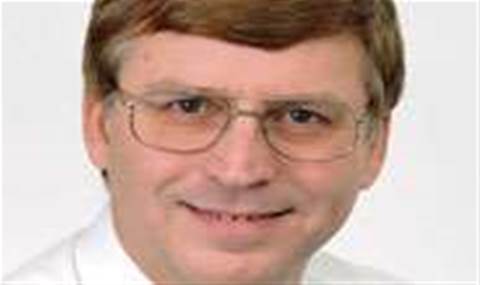 Security firm Barracuda has launched a range of turnkey appliances

Barracuda's managing director Paul Thackeray said that it was a typical release for the firm, "Hardened Linux OS on standard hardware and you should be up and running in under an hour."

There are five models in the range depending on the size of the company, the 350 and 450 models are aimed at smaller companies whilst the 650, 850 and 950 models will cater for greater than 750 users. Thackeray added that the appliances will store all ingoing, outgoing and internally generated emails, indexed by date and time, sender, recipient and body text. Barracuda's Message Archiver will sit alongside firms' email servers.

Thackeray said that there were three drivers to firms needing to archive email; legal requirements, compliance requirements and operational efficiency needs. The appliances are aimed at large public sector organisations, but also large corporate firms, "it's not a 'nice-to-have' anymore, it's an 'essential-to-have', commented Thackeray.

"The official availability date is the 29th January, but we've already shipped out some systems to customers," said Thackeray.

Got a news tip for our journalists? Share it with us anonymously here.
itweek.co.uk @ 2010 Incisive Media
Tags:
archive barracuda customers email fishes for kit new security with