Bankwest tries to bed down relationship between online opinion and spend 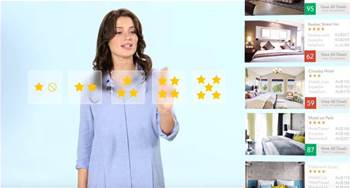 GenX cynicism vs Gen why not?

It’s a fair question too, with regulators now sniffing out manipulation and review rigging across ostensibly objective review and aggregator sites with the likes of Trivago, Meriton, HealthEngine and plenty of others smacked on the nose for misconduct by the Australian Competition and Consumer Commission.

And the results from Bankwest’s probe – which is a snapshot rather than quantitative research and only covered NSW and Victoria – are mixed. CoreData pulled the stats from online surveys off a sample of 1001 responses.

“The shift was most evident around accommodation reviews, with half of all Gen Y respondents relying heavily on the opinions of others when booking Airbnb (53.2 percent) and hotel (52.1 percent) stays,” Bankwest’s report said.

“That majority was in stark contrast to Gen X (35.5 percent, 33.5 percent) and Baby Boomers (38.4 percent, 25.9 percent), whose spending decisions were far less influenced by online reviews.

“The data also showed young Australians’ reliance on digital reviews was on the rise, with a third having increased their use of opinions on apps (31.6 percent), Facebook (31.6 percent) and Google (37.4 percent).”

But what’s perhaps more interesting is that a big proportion of Gen Xers and Boomers simply ignore online reviews. Under the category of “Don’t use them at all” for overall online review use, GenXers hovered between 30-35 percent for across Facebook and Google.

Boomers were even more cynical, or perhaps just couldn’t be bothered. For the same ‘meh’ category they weighed in at 43.8 percent for Facebook and 43.5 percent for Google.

Which probably explains why you never see anyone over 40 in a Trivago ad. Not that the writer is old, cranky or bitter.

The big unwritten in the Bankwest research is that institutions are getting increasingly fidgety about their net promoter scores and whether Gen-Y, better known as next generation mortgagee, will be influenced by online reviews for financial services.

With digital only neo banks like Xinja tooling up fast and getting full banking licenses, and open banking around the corner, bigger banks are carefully watching what marketing tactics and tech memes might sway accounts.

The Australian Securities and Investments Commission and the ACCC will also be watching the same space, especially given the level of prosecutions and scams for false and misleading claims around financial products.

One phenomenon iTnews would like to see measured is how many customers will switch institutions after an outage under open banking.

That might actually tell us something about the levels of competition and performance in the market.