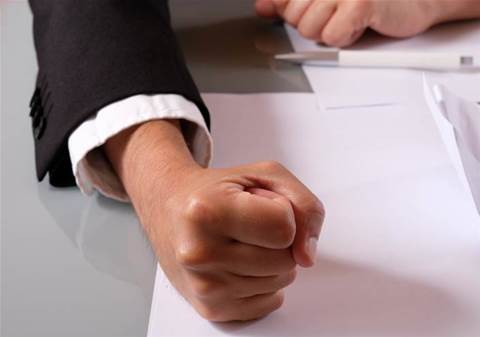 Google and Facebook are facing a raft of tough new anti-monopoly laws that heavily constrain the way they collect data on users and ban the default setting of browsers like Chrome on new devices under a suite of recommendations released by Australian Competition and Consumer Commission (ACCC).

The ACCC on Monday released the much anticipated preliminary report of the Digital Platforms Inquiry into Google, Facebook and Australian media. The report comes ahead of the ACCC's final report due in June 2019.

It contains a suite of proposed measures that, in essence, amount to a crackdown on the market dominance of platforms and the way those businesses are integrated.

While the inquiry is largely couched around the effects of the digital advertising and media industries, it carries major ramifications across the tech sector because of the increasing dominance of online commerce models that now stretch across most of the economy ranging from banking and retail to travel and professional services.

Mobile in the crosshairs

Among the boldest proposals from the ACCC is a bid to decouple Google’s dominance of the mobile operating system, browser and search functionality from hardware by banning the default selection of its products on new devices when they are shipped.

“The ACCC is considering recommending that:

"The ACCC considers that where options for internet browsers and search engines are presented, no option should be pre-selected,” the regulator said in its report.

The move is reminiscent of previous anti-trust actions in the US against Microsoft that sought to decouple its Internet Explorer browser as the default shipped and automatically loaded with machines running the Windows operating system.

Although US regulators ultimately won that battle, it took so long to grind through the courts that the desired effects were partly inert on delivery because of the rapid rise of mobile computing that Microsoft largely missed the boat on, handing an accidental effective duopoly to Google and Apple.

After years of sabre rattling, the ACCC is out to fight the good fight with Google and Facebook copping a thumbs down in terms of their perceived competitive behaviour.

“The value of digital platforms to users and the lack of close alternatives has afforded both Google and Facebook substantial market power," the ACCC said.

"The ACCC considers that Google has substantial market power in supplying general search services (with a current market share of approximately 95 percent) and appears likely to retain its dominant share at least in the short to medium term.

“This substantial market power has been extended to the supply of online search advertising and the supply of news referral services to news media businesses.

"In addition, the ACCC considers that Facebook also has substantial market power in display advertising and the supply of news referral services to news media businesses.”

Very notably, the controls and concentration of user and market data is in the regulatory mix, especially when it is collected and accessed via boilerplate tick-or-flick user agreements that are required to obtain services.

Under recommended merger laws, factors like the removal of competitors are bolstered by a further consideration around “the amount and nature of data which the acquirer would likely have access to as a result of the acquisition”.

That requirement for potential local buyouts could severely crimp the acquisition of local digital businesses with a strong national leadership position or a so-called natural monopoly.

There’s also a slew of notifications to alert users to what data is being collected by platforms in the ACCC’s recommendations.

They include (and we’ve simplified) :

The regulator’s recommendations, as tough as they are, have ultimately come too late to stave off previously unthinkable local media mergers like the merger of Fairfax Media and Nine Group that were barred by previous media ownership limits.

As the options for digital advertising and online marketing continue to concentrate, the ACCC is looking for ways to curb detrimental concentration, including limits on what platforms can buy.

“The aim of the preliminary recommendations … is to remove some of the potential impediments to the growth and independence of potential competitors that may challenge that market power by:

Addressing a media in conference in Sydney ACCC chairman Rod Sims said the report presented a "base of facts unparalleled anywhere in the world."

"They have the brought into line. This has to be seriously thought about," Sims said.

Asked if there was evidence of digital platforms acting anti-competitively, Sims said there are "allegations left, right and centre but not much information".

"We need to make sure there is full transparency," Sims said.

On the bolstering of consumer rights, especially the ability for consumers to opt out of data collection and turn off targeted advertising Sims note consumer law and privacy law did not operate in a vacuum.

"Privacy laws need to do more in this digital age," Sims said.

Sims said the ACCC will be engaging with its international counterparts and that this couold make its actions "even more powerful".

"We could plant some seeds here," Sims said.

Whether those are the seeds of creative destruction remains to be seen.